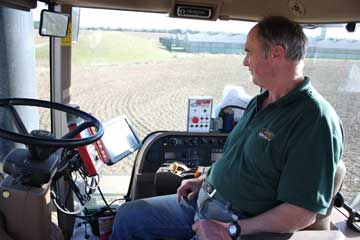 Ian Rudge and artic-steer tractors go back a long way. Twenty years ago he operated Ford FW30s at Peter Philpott’s farm in Essex.

In 1994 he came to Bedfordia Farms at Milton Ernest in Bedfordshire, which had shifted from big-but-slow Caterpillar metal-tracked crawlers in the 1970s to John Deere articulated tractors.

Now arable and operations manager at Bedfordia, he oversees 1700ha (4200 acres) of arable cropping and a stable of two giant Deeres.