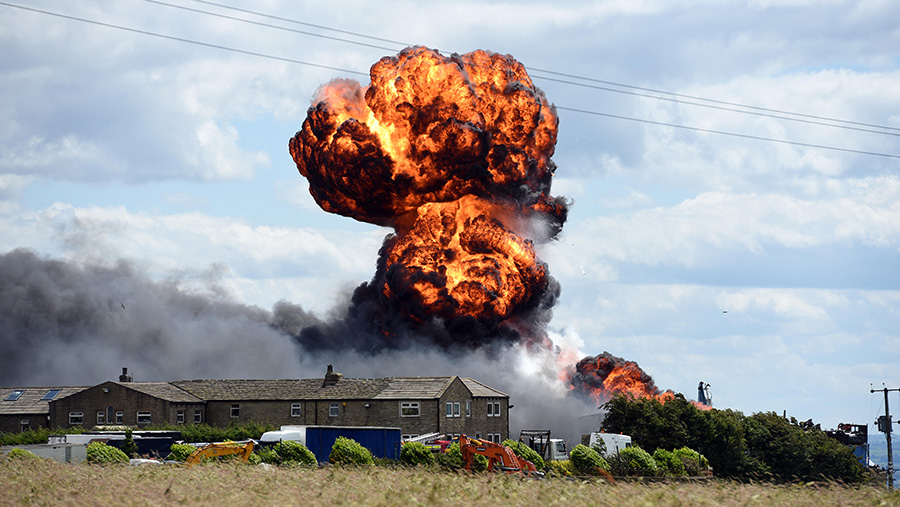 Fifty firefighters battled a huge blaze that broke out in a workshop on a farm near Halifax.

HGVs went up flames sending a massive fireball shooting into the air after their diesel tanks, liquid petroleum gas and acetylene cylinders exploded.

The fire sent plumes of thick black smoke billowing into the air, which could be seen several miles away.

At its height, 12 fire engines were sent to tackle the blaze, which gutted the 50x20m workshop as well as lorries inside and outside in the yard.

A spokesman for West Yorkshire Fire and Rescue Service said: “One man was treated for smoke inhalation, but fortunately there were no serious injuries as a result of the fire.

“The fire has not affected the farm house, but sadly the majority of the workshop area has been severely damaged and we estimate that about 40 wagons have been destroyed by fire.” 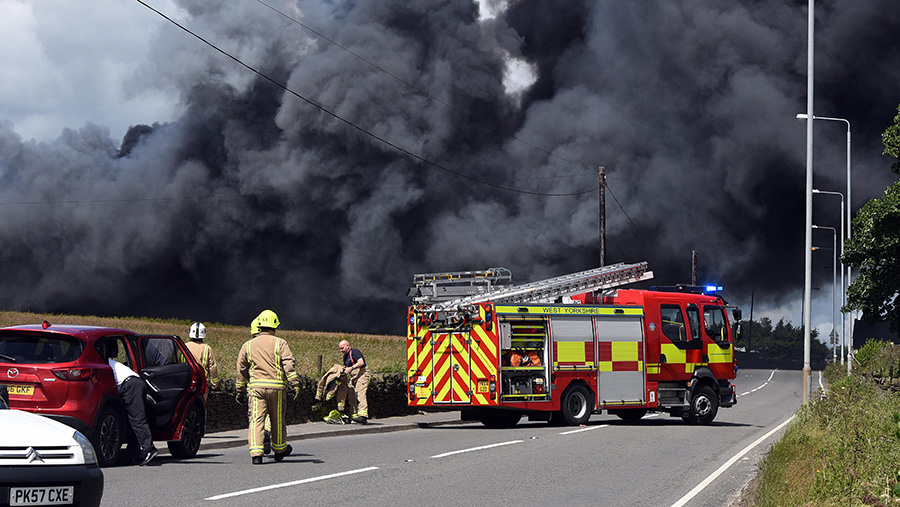 Police urged residents to keep windows closed and told motorists they faced “long delays” in the area after the fire broke out shortly before 12pm on Sunday (3 July).

Firefighters used nine water cannons to dampen the flames and they described the incident as “protracted” with crews in attendance day and night.

Crews working to extinguish 10 Pump fire in #Halifax Northowram- we will be in attendance through the night pic.twitter.com/PmaYyWVpjq

Fire investigators were working at the scene on Tuesday (5 July) to try to establish the cause of the fire at Thorntree Farm on Bowlshaw Lane near Northowram, West Yorkshire.