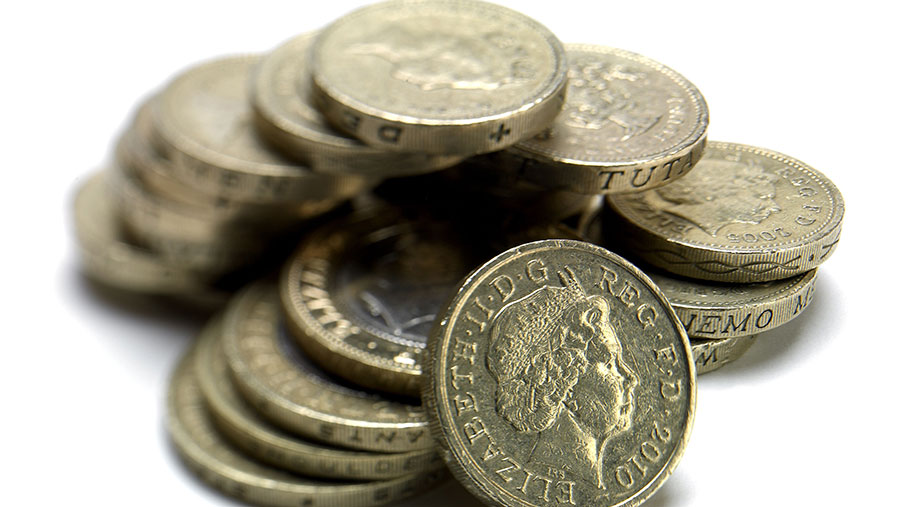 A further 9,200 farmers in England have received their 2016 Basic Payment over the past week, according to latest figures from the Rural Payments Agency.

The agency says that since the payment window opened on 1 December, 68,200 farmers have been paid, which equates to 79% of the payment population.

To date, the agency has made payments worth a total of £1.14bn out of an estimated payment fund of £1.68bn.

A week ago, the figure stood at £822m, meaning the agency has paid out close to £320m over the past seven days.

This is twice as much as it managed to pay out the week before (£162m).

In a statement, the RPA said the payments had gone to claimants of different types and size, including young farmers, those who have been inspected and farmers with common land.

“The RPA remains focused on paying 90% of eligible claims by the end of December.

“BPS payments are made direct to bank accounts via BACS transfer so farmers should make sure RPA has the most up-to-date account details.

“Once a payment has been made a remittance advice is sent in the post, confirming the amount paid.”

Guy Smith, NFU vice president, said it was timely seasonal news for the claimants who had been paid and their suppliers whose bills would now get paid.

“It looks like the RPA are taking their race towards ‘90% by Dec 31st’ to the wire, but I’m still backing them to do it.”

But Mr Smith added that he still had some concerns.

“We are still asking Defra to pay a bridging payment to those 10% unpaid who cannot be guaranteed of a payment in January.

“We are particularly mindful here of farmers in the uplands with commons – winter can be tough enough for these farmers without being told they are at the back of the BPS queue again.

“We are also hearing from farmers who don’t think they have been paid the correct amount.

“It’s feeling a bit déjà vu. We intend to do some survey work in the New Year to get a more comprehensive picture as to what the feeling is on the farm.”

Michelle McIlveen, Northern Ireland’s agriculture minister, has also given an update on her department’s payment performance.

Miss McIlveen had set a target of processing payments to 95% of eligible applicants by the end of December.

About 80% of farmers in Northern Ireland were paid a 70% advance payment in October, but during December another £98.2m in full or balancing payments was issued to 96% of farmers.

This means CAP payments totalling £250.9m have been issued for the 2016 scheme year – a record performance for the department.

“After a very difficult year for the industry, this will make a significant difference to our farmers,” said Miss McIlveen. “I am particularly pleased to confirm that the majority of businesses subject to inspection have been paid in December.”