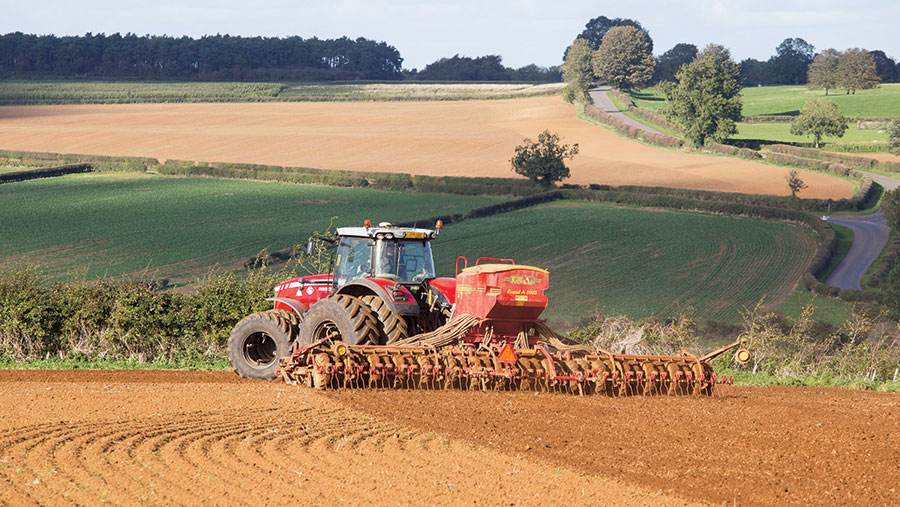 Life for farmers after Brexit will likely be about survival of the fittest.

That, at least, is one implication to be drawn from a new impact assessment from the AHDB which looks at the effects of changes in trading relationships, subsidy levels and labour availability across all the main farming sectors.

The AHDB has considered three possible post-Brexit scenarios for its analysis, setting out different levels of trade liberalisation, cuts in farm support and labour availability. The impacts have been modelled for all six AHDB sectors.

Its main findings are:

But, while incomes generally are likely to come under pressure, there is some cause for optimism as, whichever scenario is chosen, the higher-performing farms (top 25%) remain profitable in every sector.

“These farms are best placed to weather the negative impacts of any of the Brexit scenarios,” says the AHDB’s market intelligence director Phil Bicknell.

“They are capable of generating positive incomes, when the lower-performance farms are making losses.

“So farmers have the chance now to learn from that high-performing group, to use them as a benchmark for what is achievable in the way they run their own farm businesses.”

The AHDB says it intends to update its findings as various pieces of the Brexit jigsaw fall into place over the coming months and years, be it the details of a trade agreement or the future shape of any farm support policy.

It is also taking the study on a road trip, explaining the findings to farmers and offering advice on how they can get into the top-performance bracket.

The AHDB has considered three possible scenarios for its analysis:

It is worth noting the impact assessment does not attempt to build in other key variables, such as any changes in exchange rates, interest rates or economic growth.

Not surprisingly, the “business as usual” scenario is the most benign, and could actually see farm incomes rise for some sectors.

Being outside the single market will push up the cost of doing business, and those sectors that have net imports (pigs and dairy) will see prices rise in tandem, though export-oriented sectors, (red meat and cereals) may see some price pressure as exports falter and surpluses build up.

But, given the political maelstrom that is Brexit, no one is really expecting “business as usual”, and the other two scenarios are likely to have a far more adverse effect on farm business income.

In particular, the total removal of direct payments with only a partial increase in agri-environment/rural development payments, would drive incomes down.

“Under ‘unilateral liberalisation’, farm business income would fall for all farm types, with the exception of pigs,” says the AHDB report.

Upland livestock producers would probably benefit the most from the shift to rural development funding, but even for these farmers, any gains would be more than offset by a drop in the value of beef and sheep as lower-priced imports are sucked in from the southern hemisphere.

Similarly, under the “fortress UK” scenario – with tariffs applied to trade with both the EU and the rest of the world – all sectors would see a drop in farm income, with the exceptions of dairy and pigs.

“However, for some farm types (general cropping, lowland beef and sheep and horticulture), farm business income would be higher than under the liberalisation scenario, as the protection afforded by tariffs would allow domestic prices to rise, more than offsetting lower [support] payments.”

The AHDB notes that the impacts will also be affected by supply decisions taken by retailers and consumer preference – for example, whether they decide to opt for the cheapest or prefer to “back British”.

But low-performance farms (bottom 25%) are “in the red” across all sectors post-Brexit, with “fortress UK” generally producing the worst results.

It is also generally the case that farm business income increases in tandem with farm size – regardless of which scenario is applied.

But the AHDB also points out that “high performance” is not necessarily the preserve of large farmers, and there is scope to improve performance across the size spectrum.

All farmers should, therefore, focus their attention on knowing their relative performance through benchmarking, and seek to improve output and contain costs.

And, despite UK farmers’ proven ability to absorb and adjust to shocks, the AHDB says government should encourage knowledge exchange and skills training to assist with the process.

More detailed, sector by sector analysis, can be seen in the AHDB’s full Brexit report.

The AHDB is going out with the NFU from 18 October to 2 November at 18 Brexit roadshow events around the country.

“We will present the analysis and, importantly amid the political uncertainty, identify what actions farmers can take in advance of Brexit, to better prepare farm businesses for the changes that lie ahead,” says Mr Bicknell.

The first meeting, next Wednesday evening (18 October), is at the East of England Showground, Peterborough, Cambridgeshire.