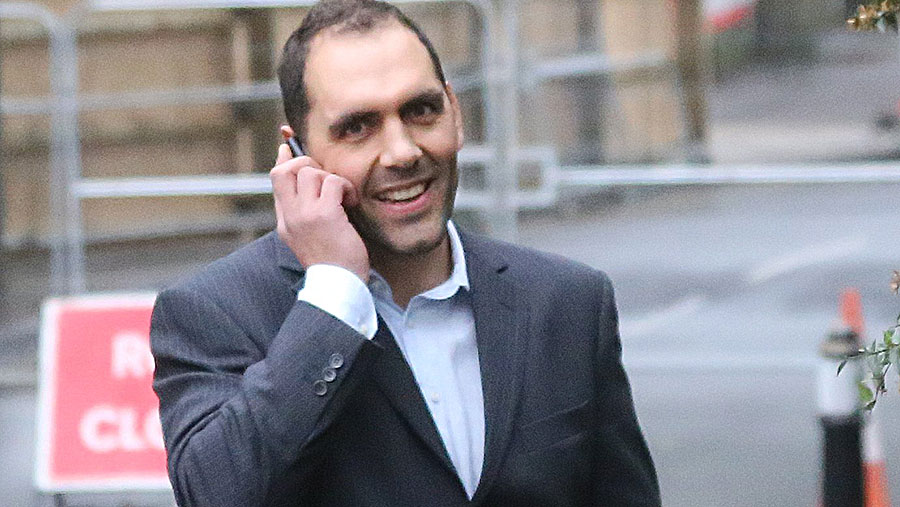 A Gloucestershire farmer needed 40 stitches for a nasty cut above the eye after he was attacked by an animal rights activist during the badger cull.

Gloucester Crown Court heard that Mr Rinaudo struck Mr Barnes with a torch after he had come to the help of a distressed neighbour.

See also: Read the latest news on bovine TB and the badger cull

Sam Jones, prosecuting, said Mr Barnes had driven his Land Rover to help neighbour Ulyana Andrews, who had been terrified by the masked men shining torches into her isolated home at about 9pm that night.

She could see that the men were wearing balaclavas and feared they could be dangerous criminals.

When he arrived on the scene, Mr Barnes came across a vehicle in which Mr Rinaudo was the passenger. “He approached the open window of Mr Barnes’ vehicle and was holding what he calls a technical torch.

“The man jabbed the rear end of the torch at Mr Barnes’ face. Mr Barnes grabbed it from the man and threw it into the footwell of his Land Rover,” Mr Jones said.

“The defendant then got out of the car with a black cotton bandana over his face. He approached Mr Barnes and shone his torch into his face while the first man was still scuffling with him.

“The defendant tried to jab the torch at Mr Barnes. He was effectively using the torch as a weapon.”

Blow to the head

He added: “Mr Barnes says the door of his Land Rover came off the vehicle and fell to the road. He got out of his vehicle and the defendant then struck him to the head while holding the torch in his hand.

“It was a blow which caused significant injury to Mr Barnes’ head. He fell and says there was an attempted kick delivered by the other man.”

Looking at pictures of Mr Barnes, taken after the incident, Judge Jamie Tabor QC said: “He suffered a very nasty cut over the eye.”

Mr Jones added: “It was a 45mm wound which required 40 stitches. There was also an injury to the top of Mr Barnes’ head, which had to be glued. He received treatment at Gloucestershire Royal Hospital. There is permanent scarring.”

By the time police arrived at the scene, the car the defendant was travelling in had slewed into a ditch and both he and the other man had fled, Mr Jones said.

Judge Tabor commented: “It is difficult to understand why the fled if they were proud of their cull monitoring activities and thought they had done nothing wrong. They left their woman driver to carry the can.”

Richard Tutt, defending, said Mr Rinaudo had never done anything like this before and he deeply regretted his actions. had done various kinds of voluntary work in animal welfare and was highly though of by many, added Mr Tutt.

“He accepts entirely that this must have caused concern to the householder,” he said.

Judge Tabor made a two-year restraining order against Rinaudo. He told Mr Rinaudo: “Badger culling is a very controversial topic. Passions run high on both sides and I am not here to decide the merits of the respective arguments.

“Monitoring culling is lawful if it is monitoring and not an excuse for criminal activity such as criminal damage or violence.

“On this September evening Mrs Andrews was frightened, and probably terrified, by the behaviour of this group of ‘monitors’.

“Your behaviour would make right-thinking people feel that serious crime was afoot. Your benevolent feelings towards badgers does not appear to have been extended to local homeowners.”

The judge said he accepted that Rinaudo was genuinely sorry and it was that, plus his previous good character and the fact that only one blow was struck, which saved him from immediate jail.