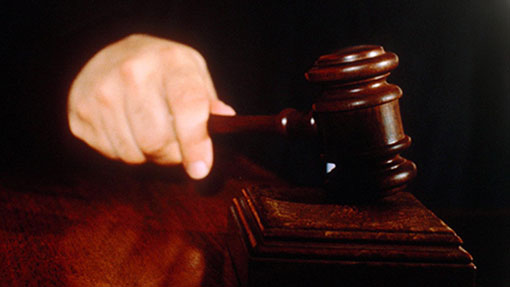 Two farming brothers have been ordered to pay £13,000 for offences including fraud and breaching cattle identification rules designed to prevent the spread of bovine TB.

The £6,000 fines and £7,000 costs followed an allegation that Thomas James and Paul Anthony Collins, of Trenoweth Farm, Gweek, Cornwall, submitted a cow for compensatory slaughter under the TB reactor removal programme which had its DNA tag cut out.

All cattle born in the UK after January 1998 are required to have ear tags applied to them in both ears – printed with an identification number to help control the spread of disease.

Under new rules introduced by Defra following cases of cattle identity fraud relating to TB reactors, a vet who identifies an animal infected by TB inserts a DNA tag into the ear.

This tag removes a small piece of flesh that can be used as a reference sample at a later date if fraud is suspected.

An investigation found that an unusual number of animals at the farm had replacement tags ordered for them during the previous 18 months.

Subsequent DNA tests showed that the DNA of some cattle did not match that of their mother as stated on their cattle passports.

A further 24 cattle were found with no ear tags and no way of establishing their identity.

Sheep carcasses were also found on the farm that had not been correctly disposed of, presenting a disease risk to the live animals on the farm.

Although the brothers initially pleaded not guilty to the charges, they changed their pleas during a trial at Truro Crown Court.

Thomas James Collins pleaded guilty to the re-use of an ear tag number on a cow to which it was not originally assigned, failure to ear-tag 24 calves and failure to dispose of two sheep carcasses

Paul Anthony Collins pleaded guilty to fraudulently obtaining TB compensation from AHVLA/Defra, to the re-use of an ear tag number on a cow to which it was not originally assigned, and for the failure to ear-tag 24 calves.

The brothers were given 12 months to pay these costs and fines in full.

Judge Christopher Harvey Clark singled out Paul Collins for his “breach of trust” and his deliberate plan to retag the injured cow as a reactor and criticised his “terrible mistake” defence.

He also challenged Thomas Collins over his “old-fashioned views, anger, contempt and disdain for vets and inspectors” and said the officers were not picking on him, but trying to enforce rules that exist for public confidence in agriculture.

Welcoming the sentencing, Cornwall Council cabinet member for homes and communities Geoff Brown said it was the local authority’s duty to protect public health. This included the food chain as well as the public purse.

“It is vitally important to maintain public confidence in the farming industry in Cornwall and we will work hard to achieve and improve this.

“That means we will always take appropriate and targeted action where obvious breaches of the law are occurring.

“It is expensive to bring cases to the Crown Court, but the costs of not dealing with TB are far greater nationally, locally and personally to many Cornish farmers.

“We must do all we can to halt the spread of this devastating disease and illegal retention of reactor cattle on farm will not be tolerated.”