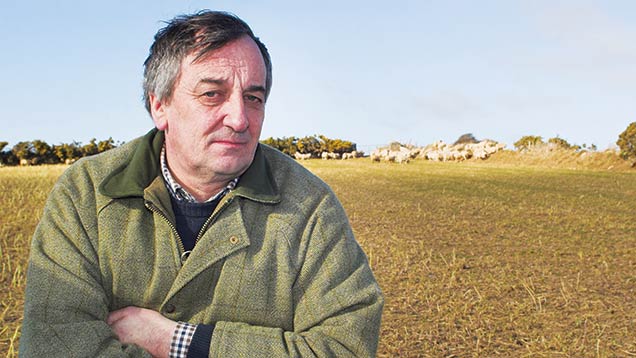 The next government should reverse the UK’s slide in food self-sufficiency, NFU president Meurig Raymond has said in his new year message.

But Mr Raymond said there was lots of be positive about, as UK farming boosted output by 31% to £25.7bn in the past five years and now supplies almost two-thirds of the country’s food.

“I am optimistic for the future of our industry, like many farmers, but we need early government action – action which shares this optimism and work with the industry to plan for sustained growth over the course of the next parliament,” he said.

The prices of milk, beef and arable crops fell by up to 34% in the past 12 months.

He said the NFU was in “difficult discussions” with government, processors and supermarkets and was also pushing European politicians for better labelling and a stronger emergency measures.

“I’m convinced that the government can do more to help us farmers face volatile markets,” Mr Raymond said.

“Let’s not forget that we – the NFU, its members and the wider industry – must also do all we can to promote ourselves.

“We need to take advantage of the fact that more and more members of the public are thinking positive things about farming.”

In July a House of Commons report found complacency was a “genuine risk” to UK food security.

It revealed the UK was 68% self-sufficient in foods that can be produced at home, but this had dropped from 87% 20 years ago.

The NFU last year highlighted 7 August 2014 as the day food would run out if imports stopped. Total food self-sufficiency in food dropped 2% on the year to 60%.