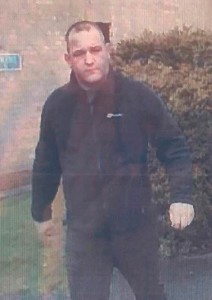 A fly-tipper caused serious damage to crops after building waste was dumped on a farm park.

Essex Police said the waste was fly-tipped at Barleylands Farm in Billericay shortly before 5pm on Tuesday, 26 April 26.

It cost the landowner hundreds of pounds to remove the mess.

Police have released this CCTV image of a man they would like to question in connection with the offence.

Anybody who recognises the man in the picture is asked to contact Sgt Jackie Cade at Basildon on Essex Police 101.

Alternatively, people can give information to the independent crime-fighting charity Crimestoppers anonymously on 0800 555 111 or via an anonymous online form.