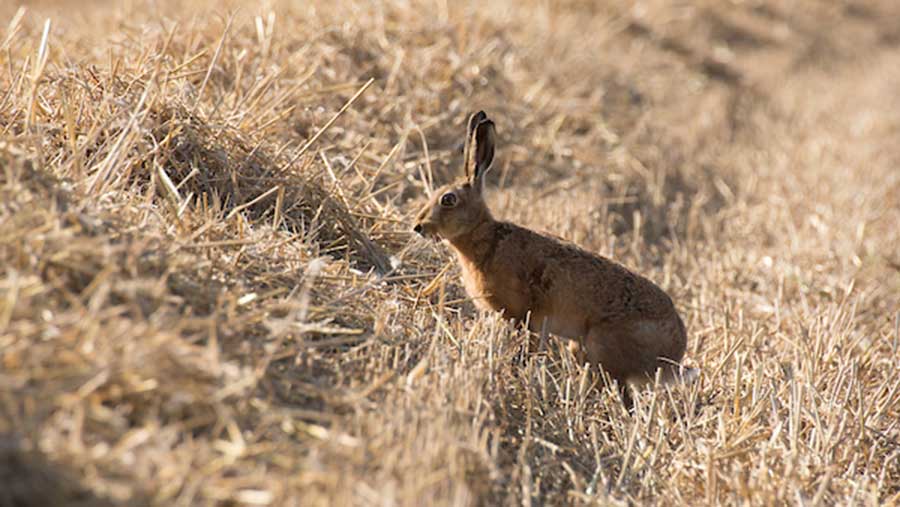 Landowners are calling for new sentencing guidelines to crack down on criminal gangs betting on the killing of hares with dogs.

Following thousands of incidents of hare coursing throughout autumn and winter, the Country Land and Business Association (CLA) has set out an action plan on how to bring those involved to justice before the start of the next “season”.

The organisation is calling for tailored sentencing guidelines, such as vehicle seizure and compensation paid to the landowner for any damage caused.

Other actions the CLA believes are needed to tackle hare coursing include:

Hare coursing, where dogs compete against each other in pursuit of a hare, was outlawed by the 2004 Hunting Act but now takes place illegally without the permission of the landowner.

It has also been reported that the crime sometimes involves live streaming to another location where bets, often worth thousands of pounds, are placed on the outcome.

CLA president Tim Breitmeyer said: “Hare coursing is an abhorrent crime that many of our members have been victims of. Coursers often use threatening and intimidating behaviour, criminal violence and injury, which is wholly unacceptable.

“The crime raises concerns about animal cruelty, damages crops, private property and has a detrimental impact within rural communities.

“Not all police forces and magistrates take it seriously enough. Fines can be as low as £30 while the gambling side of the crime generates thousands so there is no deterrent and perpetrators are getting away with it scot-free.”

Graham Stuart, Conservative MP for Beverley & Holderness, will launch the CLA’s action plan at an event near Hull on Friday (9 March).

He said: “Hare-coursing is not only against the law itself, but the lawbreakers who travel into rural areas to carry it out leave a trail of devastation behind them.

“Farmers find stock disturbed, their crops ruined, fences broken, and farm equipment stolen. I applaud the CLA for focusing on this issue and bringing it to the national stage. We need to make the countryside a no-go area for these criminals. I will do all I can to help tackle this unacceptable crime.”