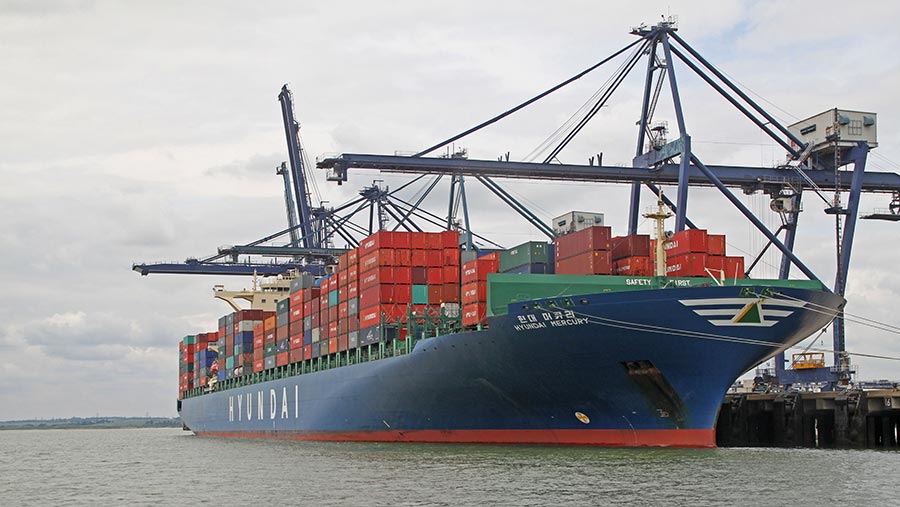 The CLA has called on equivalent organisations across the EU to lobby their governments to ensure a sensible Brexit agreement that benefits all those in the agri-food supply chain.

The organisation, which represents about 30,000 farm landowners, farmers and rural businesses across England and Wales, has written to members of the European Landowners’ Organisation analysing the trade implications for agriculture of a no-deal Brexit.

In his letter, CLA president Tim Breitmeyer sets out the trade implications if the UK crashes out of the EU without a deal next March.

1. The UK would have to trade under World Trade Organisation (WTO) Most Favoured Nation (MFN) status, with the EU automatically applying its external common customs tariff on UK exports. There would be significant uncertainty in the market place, leading to negative economic consequences in the short to medium term.

2. The imposition of customs controls would lead to increases in costs in the supply chain for both exports and imports with a probable tariff equivalent cost of more than 4%. Costs on goods such as meat would be substantially higher at more than 10%.

4. Global factors suggesting a reduction in growth in China and South-East Asia in 2019 and the imposition of US tariffs on Chinese goods could lead to a global recession in 2020, thus exacerbating the adverse impacts of a no-deal Brexit.

Commenting on his letter, Mr Breitmeyer said farmers and other rural businesses relied heavily on frictionless trade and movement of goods across EU borders.

“A future relationship which imposes barriers to trade or excludes agri-food would put at risk farming businesses both here and in the EU and have a devastating impact across our wider rural economies,” he added.

“I have written to farming colleagues across Europe encouraging them to put pressure on their own governments so that the UK and EU can come to a sensible withdrawal deal. It must be in everyone’s best interest to guarantee free trade post Brexit, so that all involved in the agri-food supply chain can continue to benefit.”

Meanwhile, the think tank The UK in a Changing Europe released a report on Monday (3 September) which concluded that the impact of a no-deal Brexit on UK agriculture would vary, depending on the sector.

For the beef sector, high tariffs could lead to a “total collapse in trade between the UK and the EU” since the UK is a large net importer of beef from the EU, it says.

The sheep sector, which exports large quantities to the EU, would be negatively affected as the application of “most favoured nation” tariffs would diminish its competitiveness, leading to a reduction of the volume exported, the report states.

Brexit secretary Dominic Raab told the Lords EU committee last week he was “confident that a deal is within our sights”.

But the EU’s chief Brexit negotiator, Michel Barnier, said he was “strongly” opposed to parts of the UK’s government’s Chequers plan, which analysts say has increased the likelihood of a no-deal Brexit.

WTO option would not be a disaster, say Brexit campaigners

The cross-party Get Britain Out grassroots campaign group has rejected claims that a no-deal Brexit would be disastrous for British agriculture.

Ms Adye said: “Under a WTO Brexit, the United Kingdom can tap into the growing demand worldwide for British agricultural goods. Countries with growing middle classes, such as India and China, are experiencing a surge in demand for high-quality British products.

“Leaving under WTO terms will allow us to strike free trade deals, granting British farmers with countless new opportunities to export their farming goods around the world.”

A WTO Brexit would guarantee that British farmers would no longer be constrained by the EU’s Common Agricultural Policy, she said.

Instead of relying on handouts from the EU, the government would be able to reward farmers for producing high-quality food and maintaining higher environmental standards.

“We should be very proud of our high standards of animal welfare and environmental protection, and, with new opportunities, agriculture and rural businesses can play a crucial role in reshaping future farming policy to ensure these standards do not fall,” Ms Adye added.

“The UK has serious leverage as we produce some of the best food in the world. Once we get Britain out of the EU, we can be global leaders in agricultural standards.”

The prospect of new, domestic supply chains taking shape was one which should enthuse British farming, she said.

“Instead of importing subsidised produce from Europe, food manufacturers will turn to the UK’s domestic farming sector, and this will lead to a renewed appreciation of our hardworking farmers and British produce.”

Former Defra secretary Owen Paterson, a Brexit supporter, added: “Under a clean Brexit with WTO rules (often referred to erroneously as ‘no deal’), farmers can be free to embrace the latest technology enabling fertile areas to continue competing with the rest of the world.

“More marginal areas can be supported with continued government funding in a way that is fully WTO-compliant.”