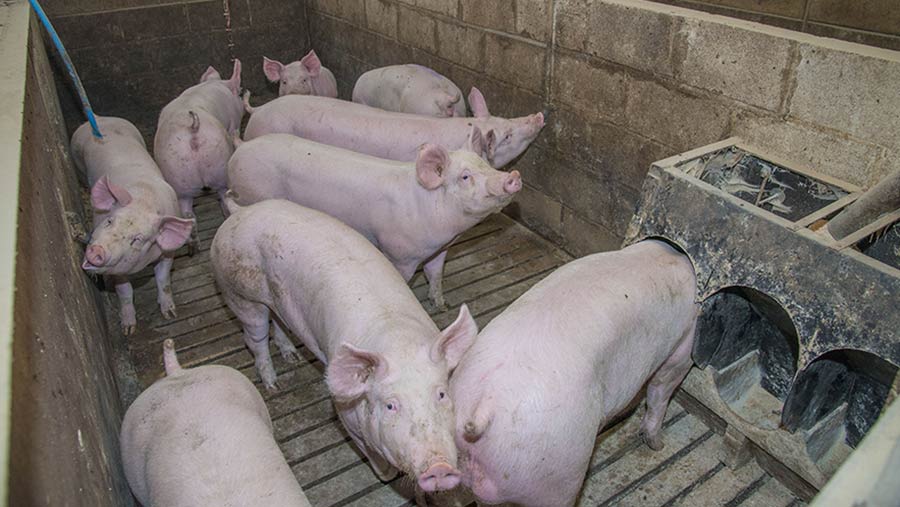 Pig farmers could improve the health of the national herd and reduce the need to use antibiotics if more were able to get permission to replace worn-out buildings, according to the National Pig Association.

Pressure is growing for action to cut the use of antibiotics in farmed animals because of the threat to human health from antibiotics resistance.

Prime minister David Cameron warned in 2014 that the world could be thrown back into the “dark ages of medicine” if it gets to a point where antibiotics no longer work.

But the NPA said if the government and its regulatory agencies were serious about reducing antibiotics use on farms, they had to repair “clunky” local authority planning processes.

George Crayford, who leads the NPA’s Pig Industry Antibiotic Stewardship Programme, said the recent O’Neill report on antimicrobial resistance stressed that breaking the transmission of infection was one of the most fundamental ways to reduce the use of antibiotics, and that was exactly what new pig housing did.

“Many pig farmers are prepared to invest in new housing, if only they can get planning approval in the face of intimidatory campaigns by animal rights groups, and dithering by statutory consultees,” said Dr Crayford.

“The pig industry is prepared to play its part, but we are going to find it difficult to significantly improve the health of the national pig herd in a reasonable timescale unless government helps us overcome these growing planning obstacles.”

The NPA is waging a campaign on the planning front, warning last month that anti-meat campaigners were using the planning system to block farmers’ attempts to develop their businesses.

It said the pig industry was increasingly seeing animal rights activists influence the entire planning process, using online campaigns to encourage members of the public to object to an application, even though welfare is not a planning consideration.

There were now certain parts of the country – often places with a strong tourist trade or affluent villages – where it was very difficult to get planning permission.

Farmers were facing waits of up to two years, and often forced to go to appeal in order to get a planning decision through. They were also being asked to provide information that went way beyond what was required under planning rules.

“They are being asked to provide more and more detail. The sort of information that would be required if building an industrial factory,” she said.

A survey of 60 pig farmers in 2013, carried out by Bpex (now AHDB Pork), found that half (51%) of pig buildings were more than 20 years old and 90% of the farms sampled indicated they wanted to invest in new buildings as their current facilities were not ideal.