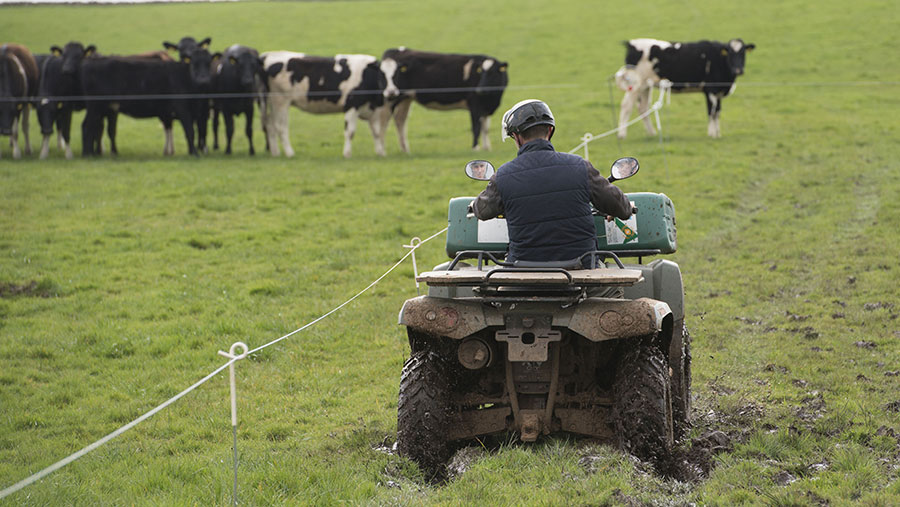 Police and rural insurers have issued fresh advice to farmers to prevent the theft of ATVs or quad bikes, following a recent spike in this type of crime during the coronavirus lockdown.

Forces in Hampshire, North Yorkshire and Northumbria are among those urging their communities to act to avoid being caught out by rural thieves, who are taking advantage of the quiet period.

Rural insurer NFU Mutual said the North and South West England have been among the areas most heavily targeted in recent months.

In Hampshire alone, 21 ATVs were stolen over a 24-day period since the start of the coronavirus lockdown.

Farmers are being asked to review security measures, including storage and technology such as tracking devices.

“They are high value, there is a ready market for them to be sold on whole or in parts – and they don’t usually have registration plates to easily identify them.

“Quads are highly portable and small enough to load into other vehicles and we, along with colleagues at the National Vehicle Crime Intelligence Service, have seen smaller pieces of kit being targeted in the past few weeks.”

He said the farming industry needed to ask more of manufacturers and believes that all ATVs should be fitted with an electronic immobiliser as a minimum standard.

He added: “I’m not dismissing other security technology and do strongly support the use of tracking and marking equipment, but not being able to start the machine is, we know from history, the first significant step to reducing vehicle thefts.”

The value of tracking technology was demonstrated in North Yorkshire when two quad bikes were recovered within hours of being taken.

On Thursday 30 April, a farmer near Harrogate was alerted at 2am by their tracker service and heard the two bikes being driven away.

North Yorkshire Police were then able to track the red and black Honda bikes heading towards Bradford. Officers from West Yorkshire Police eventually found one bike abandoned near Bolton Woods and the other in Yeadon, and returned them to the farmer.