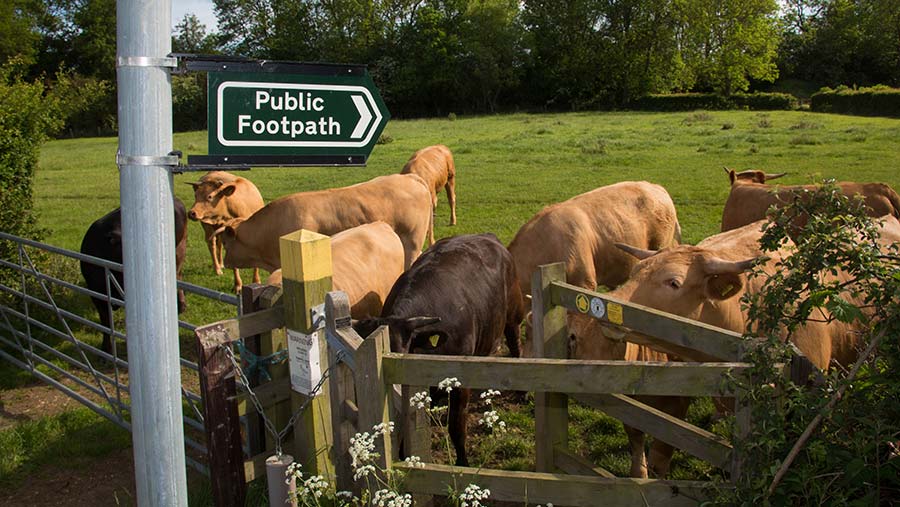 A young farmer in Scotland has urged the public to stay at home after confronting a dog walker whose dog was not on a lead in a field of sheep.

Emma Murdoch said farmers were stressed enough with lambing, but were now worrying about catching coronavirus from people ignoring government orders by using footpaths in the countryside.

I’m 100% not a public speaker but please help us stay safe by staying at home??

The sheep farmer from New Galloway pleaded with the public to stop putting farmers at risk and instead follow the measures which have seen the country enter lockdown as a result of the Covid-19 health crisis.

Speaking in a video posted on Facebook, which has received more than 330,000 views, Ms Murdoch said: “Every gate you touch, every stile you touch, if you have the virus you are giving it to a farmer.

“If we give it to the rest of the family it means the whole family is shut down for 14 days, and it also means if you are ill, how do we look after our livestock? How do we produce for the nation?

“Stay safe and stay indoors when you can.”

The farmer stressed how seriously her industry was taking the pandemic, having lived through the foot-and-mouth outbreak in 2001, which devastated farms in the UK and forced the closure of public rights of way across land.

Ms Murdoch said despite taking every precaution possible, the country was unable to stop the spread of foot-and-mouth. More than six million cows and sheep were killed in an eventually successful attempt to halt the disease.

“As the general public and as a nation, we can stop this. We have been given advice by the government to stop this virus. This is not like foot and mouth, we can stay at home,” she added.

Elsewhere, a beef farmer in Devon has urged the government to close footpaths to help protect her family as they begin spring calving.

Ruth Burrow, 72, wrote to her MP for East Devon, Simon Jupp, to raise concern at the number of people using the footpath which passes through her farmyard, at a time when the virus is spreading rapidly.

The farmer said she and her husband would not know how to cope if their son Paul was infected at one of the busiest and most crucial times of the year.

Sarah Kyle, who is in the middle of lambing on her farm in Walton, Cumbria also asked for footpaths to be shut. She reported seeing walkers with seven dogs that were not on leads.

She said: “We are lambing. And they have drove to get here. I’ve reported it to the police and the footpaths officer, but the footpaths need to be shut down now.

“Quite asides from the risk to our lambs, what about every gate they touched?

“We, as an at-risk family, are following the rules and staying at home but the people using rights of way over our private land are not abiding by that and are bringing risk to us. We deserve to be protected better.”