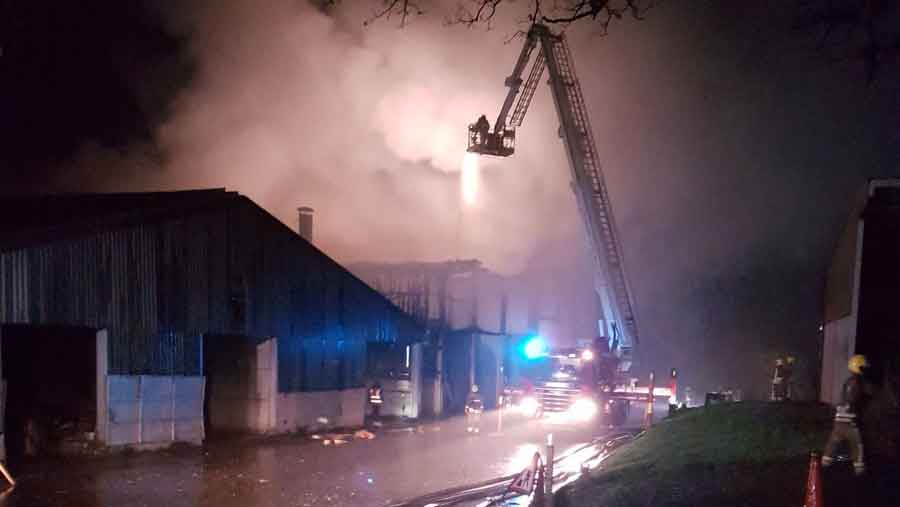 A Midlands farmer is counting the cost after 300t of woodchip went up in flames in a farm building.

More than 20 firefighters were sent to tackle the fire, which broke out in the early hours of Saturday (4 November).

Crews were working on site dampening down on Sunday (5 November). The cause of the fire at the farm in Stone Road, Stafford, is unknown and under investigation.

A fire spokesman said: “We received a call at 1.40am on Saturday morning. There is a vast amount of materials being left to burn in a controlled manner. 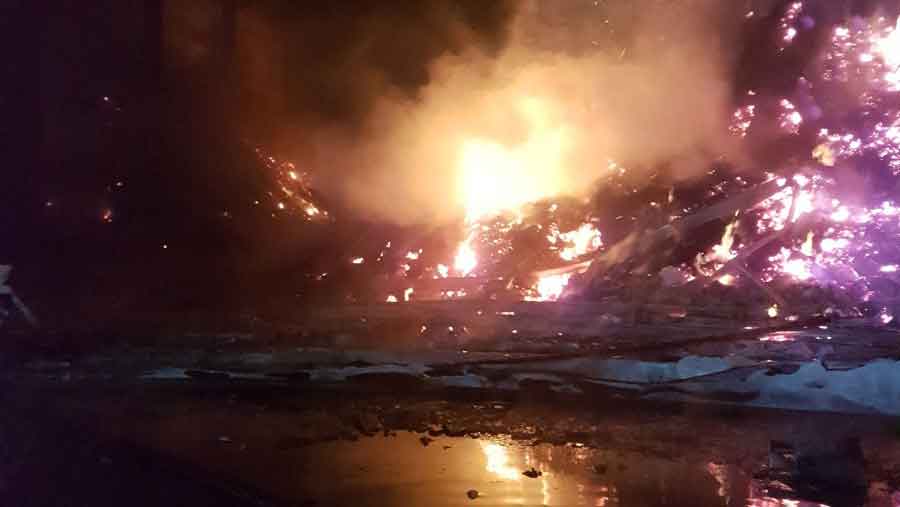 “The incident had involved one building made of wood and concrete measuring 50m (164ft) by 20m (66ft), which contained a large amount of wood chippings.

“On Saturday morning a fire investigation team was requested to rule out any deliberate ignition. It has not been confirmed either way.”

Good progress being made by crews on the incident in #Eccleshall. Crews will remain on scene damping down all day and overnight. pic.twitter.com/iDevCktEve

The fire is the latest in a string of devastating fires reported on UK farms this autumn.

On 18 October, 700 hay bales went up in flames on a farm in the Garvock area of Laurencekirk in Aberdeenshire. In Surrey, 300 hay bales were deliberately torched at Tilsey Farm in Grafham on 12 October.

The statistics reveal that the East of England was the worst affected region in 2016, followed by the South East, Midlands and South West of England.