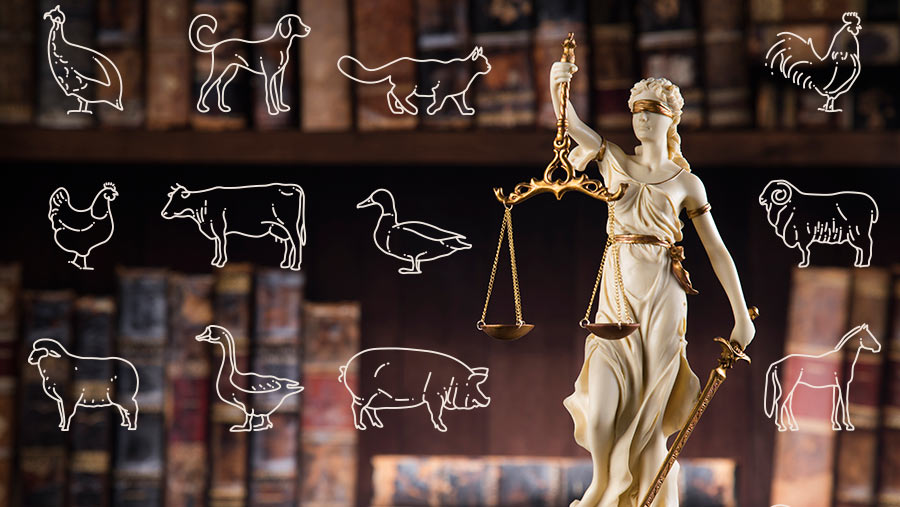 Courts in Northern Ireland banned 45 people from owning animals in 2018 and 11 of these cases involved farm animals.

A banning order was imposed on 45 people last year after they were convicted of animal cruelty, an increase of 19 on 2015 figures, according to the Department of Justice.

Of this total, 11 involved farm animals, such as cattle, sheep, pigs and equines, up from nine cases in 2015.

The other convictions included offences against wildlife and pets.

Responding to the numbers, the Ulster Society for the Prevention of Cruelty to Animals (USPCA) has called for the establishment of a banned offenders register.

Brendan Mullan, USPCA chief executive, said: “The increase in the figures reflects the increased effectiveness of the statutory agencies in enforcing the animal welfare act and holding abusers to account in the courts, which is to be welcomed.

“The USPCA remains concerned at the ineffectiveness of the bans, as evidenced by recent court cases, where individuals who had been banned previously from keeping animals were up in court again for animal welfare offences.

“Banned one day and owning and abusing animals the next. In response, the USPCA is calling for the establishment of an animal abusers register, particularly to register those individuals banned from keeping animals.”

The USPCA also called the ultimate penalty for the most serious animal welfare offences relatively ineffective.

Under the Welfare of Animals Act (NI) 2011, the maximum penalty for someone convicted for animal welfare offences committed after 1 August 2016 is five years imprisonment and/or an unlimited fine.

The Animal Welfare (Sentencing) Bill means that animal abusers could face up to five years in prison, a significant increase from the current maximum sentence of six months, and moving in line with Northern Ireland.

Though animal welfare is a devolved policy area, the Welsh government has agreed to this bill also legislating for Wales.