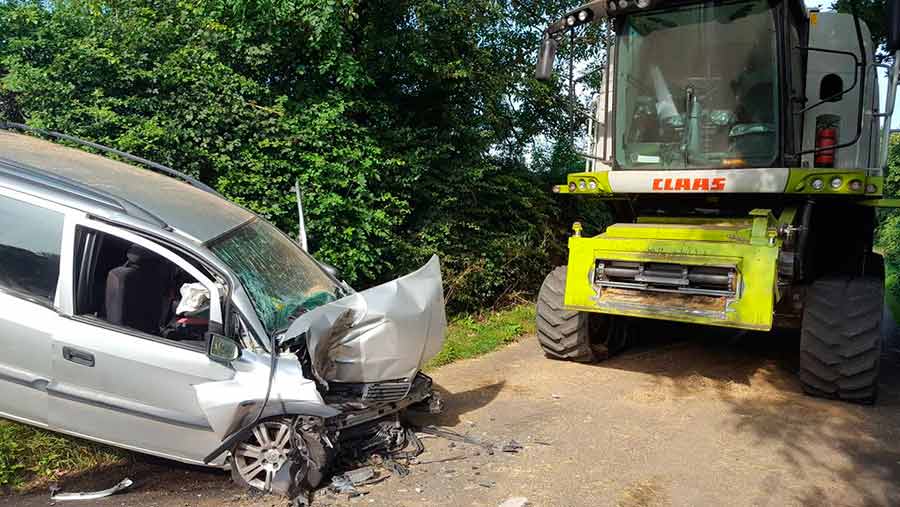 An uninsured driver’s car was reduced to a mangled wreck after it collided with a Claas combine harvester on a rural road in Derbyshire.

Derbyshire Constabulary said the silver Vauxhall Zafira saloon car was being driven on false number plates when it came around the corner and hit the combine.

The 25-year-old driver had also previously had his licence revoked. He was taken to hospital with chest and leg injuries, which police said were not serious.

Derbyshire roads policing unit posted two graphic images of the aftermath of the crash on their Twitter account (@DerbyshireRPU).

“Met this beast coming around the corner. Injuries not serious.”

Andrew Critchlow, NFU county adviser for Derbyshire, said: “Rural crime is a big issue in Derbyshire – it’s something we are trying to get on top of.

“Unfortunately, we are seeing a spike in these incidents involving uninsured drivers driving vehicles with false plates.

“We are surrounded by urban conurbations and a lot of the crime, especially in the south of the county, is carried out by visitors.”