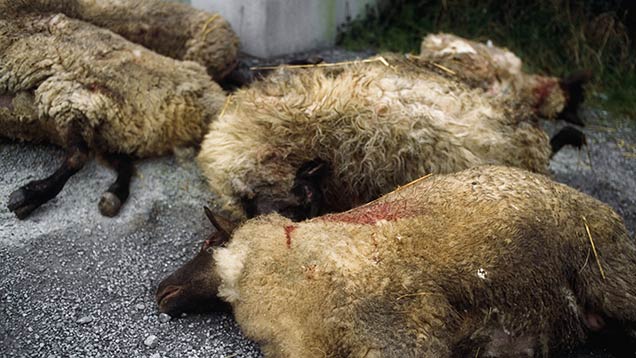 The prosecution of agricultural crimes is to undergo a full review in Scotland after criticism of the way the judicial system handles offences committed on farms.

The attack left a farmer £20,000 out of pocket without any compensation but the dog owner was fined just £400.

Farm crime was also discussed at a Justice Committee event in the Scottish Parliament last week, where farmers outlined the seriousness of the growing problem.

And NFU Scotland (NFUS) has appealed to the Scottish Crown Office and Procurator Fiscal Service to treat sheep worrying, theft and damage on farms with greater seriousness in future.

Ms Thomson has now instructed specialist prosecutors within the Crown’s Serious Organised Crime division to examine agricultural crimes with a view to taking action against them under Proceeds of Crime legislation.

“Seizing criminal assets in this way not only causes financial pain to those who commit such crimes, it also disrupts their ability to continue to run their criminal enterprise,” she said.

In a statement, Ms Thomson said the Crown Office and the Procurator Fiscal Service treated agricultural crime “extremely seriously” and offered to meet NFUS to discuss what further action could be taken to deal with the problem.

“We are aware of the severe impact that crimes which result in damage or the death of livestock can have on the farming community and the ramifications for industry when the theft of vehicles, equipment and machinery is committed,” she said.

“It was clear from the recent Justice Committee roundtable event on agricultural crime that it would be helpful for prosecutors to have more information on the full impact of the crime on victims and local businesses and not just the value stolen.

“I have therefore instructed a review of prosecution policy in this area to focus on this area of criminality. The review will ensure that full consideration is given to the impact of these crimes and, where appropriate, this information is passed to the court for consideration in the event of a conviction.”

“It is not just the immediate loss of livestock or equipment that causes distress and inconvenience to farmers, but the ongoing impact of consequential losses, including loss of fertility in animals and the cost of having to hire machinery,” she said.