Cumbria Constabulary and the NFU have teamed up to create Country Watch West – a collaborative scheme to fight farm-based crime.

Launched on Monday (15 May), Country Watch West has taken inspiration from the successful Country Watch Eden crime prevention initiative, which was created in 2015 to tackle the persistent problem of sheep theft in eastern Cumbria. 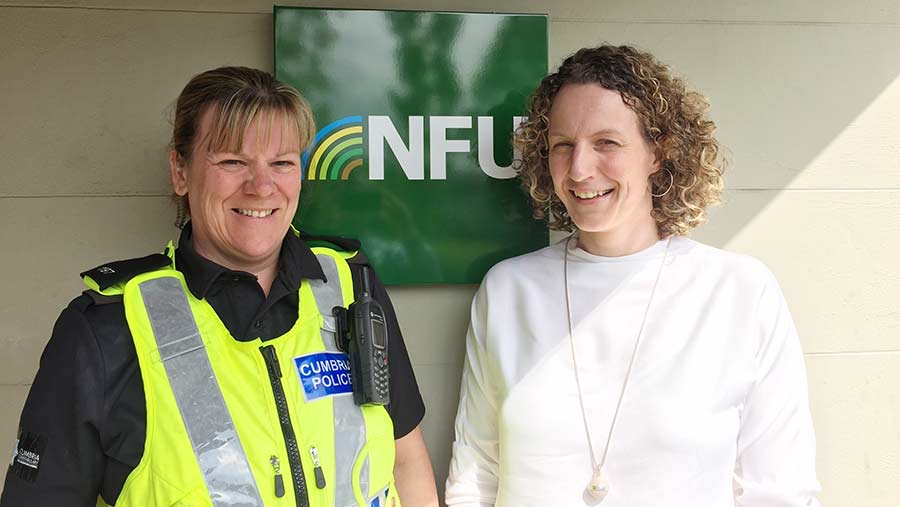 Ms Forrester said: “Crime prevention information, suspicious sightings and appeals for information will all be found on the new Facebook page. We’ll then progress to organising nights of action when farmers join police officers patrolling rural west Cumbria after dark.”

Gary Slater, Cumbria Constabulary’s superintendent, added: “We see this as an excellent opportunity to engage with the public to report suspicious activity in the rural areas within West Cumbria.

“It could be suspicious vehicles or people seen in suspicious circumstances or concerns over sheep worrying, which can be an issue at this time of year.

“Our police officers and police community support officers can access the Facebook pages on their mobile devices when they are on patrol and update members of the public immediately using this social media format.”

As part of this new alliance between the farmers and police, some west Cumbrian police officers will also be given a crash course in handling sheep by an NFU member – in case they need to move sheep to a safe location without any help.