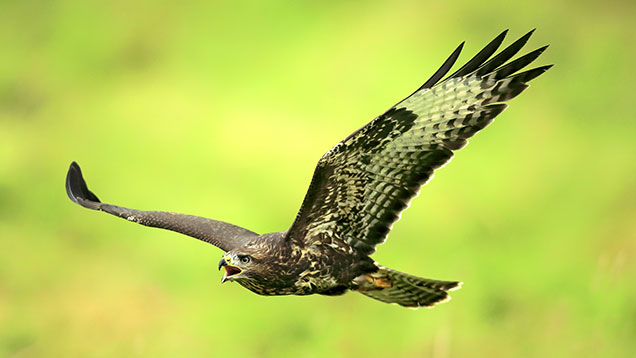 A Scottish farmer has been fined £600 for shooting a buzzard.

Michael Harrison, 70, of West Linton, Peeblesshire, was convicted following an investigation by the Scottish SPCA.

He pleaded guilty to recklessly or intentionally killing the buzzard by shooting it with a shotgun on 27 November 2014, contrary to the Wildlife and Countryside Act 1981.

Commenting on the investigation and court case, an undercover inspector said: “The buzzard, a one-year-old female in good health, had suffered a broken wing and leg.

“Sadly, the bird was so badly injured the kindest and only humane option was to put her to sleep. (Mr) Harrison was 40 yards from the buzzard when he shot her and did not have a clear view.

“He advised he believed he was shooting a crow and his heart sank when he realised it was a buzzard. This was a tragic case which resulted in the needless death of a bird of prey.”