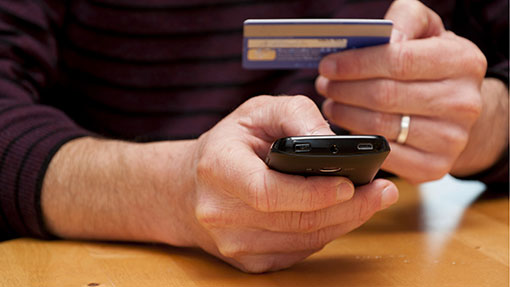 At least two Scottish farmers have been swindled out of five-figure sums by telephone scammers in the last couple of weeks, as the industry continues to be the target of a nationwide fraud.

Farmers in Angus, Tayside, Perthshire and the Borders have answered the phone to convincing callers who alerted them to alleged irregularities on their accounts.

The fraudsters, it would appear, used slightly different tactics than previously reported by Farmers Weekly.

They asked the farmers to check they have not lost their bank cards or card readers and were told not to go online to check their accounts.

One farmer who contacted NFU Scotland’s Forfar office said he was called late at night and wasn’t immediately asked for his account details, PIN or password but told to dial the number on the back of his debit card with a reference number.

However, he was suspicious that the caller had kept the line open and called from his mobile rather than his landline.

An NFUS spokesman said: “This sounds like one of those tricks where you think you have dialled the bank but a different crook takes the receiver and you blurt out your account info to them.

“So either contact your bank from another number or pull the phone line out to clear it.”

The spokesman warned that it appeared the scam that has been running for several months was not going to go away.

“There have been quite a few farmers trapped, which gives the scammers encouragement to keep going,” he said. “It’s important to maintain vigilance.”