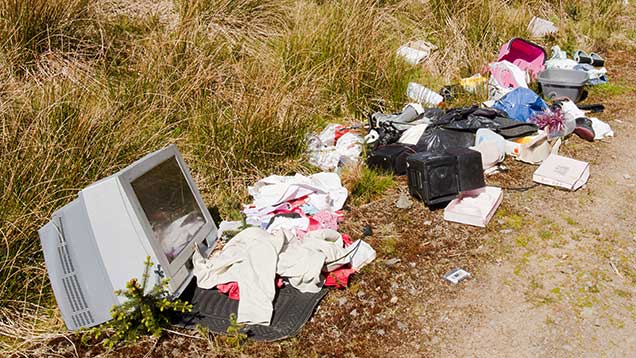 County council officials in Wales have agreed to review plans to close a waste handling plant after critics warned the proposals would spark an increase in fly-tipping.

Powys County Council had planned to close Machynlleth’s recycling and waste centre from January 2015 in a bid to cut costs.

But the NFU in Wales said its members feared the public would dump rubbish elsewhere leaving farmers to clear up the mess.

In a letter to Powys County Council, NFU Cymru’s Montgomeryshire county chairman Jonathan Wilkinson,  said: “In 2012/13 over 34,000 fly-tipping incidents were recorded in Wales.

“Closing local recycling facilities, such as this one in Machynlleth, would only lead to an upward trend in these figures.”

Mr Wilkinson added that a lack of appropriate waste handling sites was often cited as a reason why people fly-tipped rubbish.

“Eliminating the facility is in reality passing the buck to farmers, who in the long-run will have to clear up more mess and pick up a bigger bill for waste illegally dumped on their land, this is totally unfair.

“In addition to the unnecessary cost and burden placed on farm businesses, fly-tipping will certainly incur an additional cost for the council too,” Mr Wilkinson said.

A spokesman for Powys County Council  confirmed that a review of the plant closure decision would go ahead on Tuesday 18 November.

The spokesman said the review would be conducted at a cabinet meeting because of public concerns raised at a full council meeting last month.