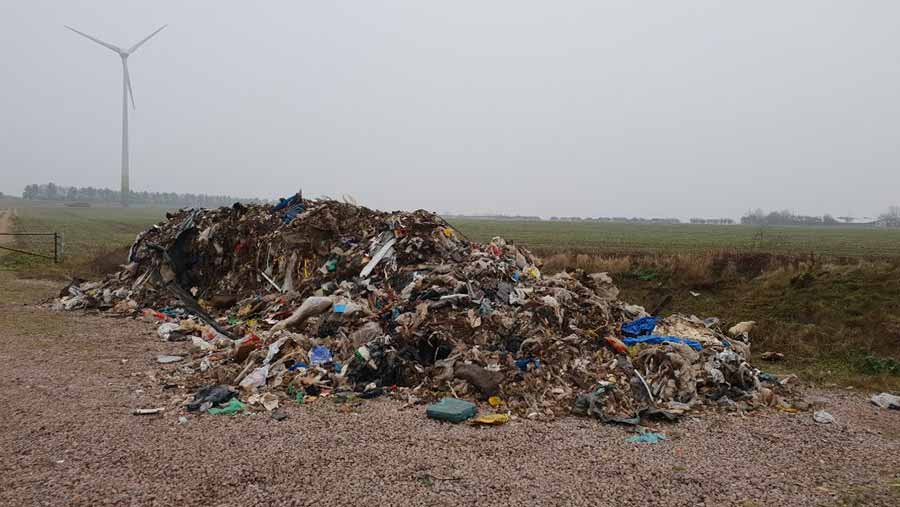 A 25t heap of waste is being investigated by the Environment Agency after it was fly-tipped on Cambridgeshire farmland.

The offence, which saw debris dumped at the entrance to a farm near Godmanchester on the A1198, took place sometime between 16-19 November.

Huntingdon District Council says it is assisting the Environment Agency with its investigation. The agency is taking the lead due to the nature and content of the waste.

Between the 16th & 19th Nov a large fly tip was deposited on the entrance to a farm located south of Godmanchester on the A1198. Both HDC and Environment Agency are investigating this offence as theres approximately 25 Tonnes of waste. If any info please contact 01480 388388. pic.twitter.com/wLVryd3xxC

An Environment Agency spokesperson said: “We will be analysing the waste to identify where it has come from.

As with all fly-tipping incidents on private land, it will be the landowner’s responsibility to clear it up.

Fly-tipping, the illegal dumping of liquid or solid waste on land or in water, is usually carried out to avoid disposal costs.

The NFU and the CLA have both called for the blight of large-scale fly-tipping to be taken more seriously and for tougher penalties to be introduced and enforced, such as seizing vehicles used to fly-tip.

NFU Bedfordshire and Huntingdonshire county chairman Gary Speirs said: “This sort of large-scale fly-tipping has a serious effect on lives and farming businesses. It’s dangerous to human health, potentially harmful to wildlife and farm animals and can contaminate land as well.”

He added: “Private landowners are liable for any waste dumped on their land and are fed up of having to clear up other people’s mess, and paying for the privilege.

“On average this can cost over £800 each time. Something needs to change.”

However, these figures only include incidents on public land, rather than including fly-tipping on private rural land, suggesting the figures do not reflect the true scale of the crime. 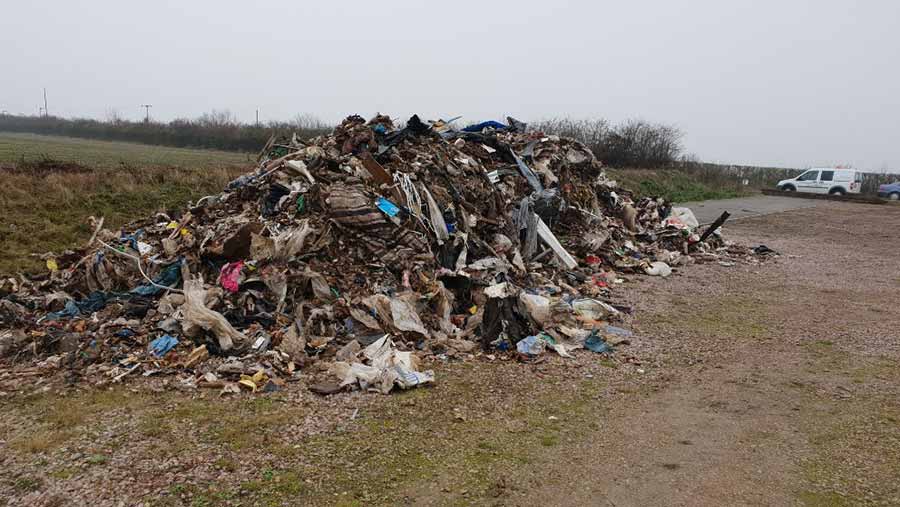 Householders could have a legal duty of care to ensure they only give their waste to a licensed carrier, to help prevent rogue “man-with-a-van” waste carriers who fly-tip.

On Monday (26 November) the government announced the reality of financial penalties of up to £400 for anyone who fails to enact this responsibility and whose waste is found fly-tipped has moved a step closer as legislation is laid in parliament.

Instead householders should use certified waste carriers, which can be checked by entering their information on the Environment Agency’s website.

The penalties are expected to come into force early next year.

The CLA supports the introduction of these fines, but says they are just the tip of the iceberg in the fight to deter fly-tippers and more resources must go into enforcement to crack down on industrial-size incidents.

CLA president Tim Breitmeyer said: “Part of the problem is council fees putting people off lawful disposal at the local tip, but it is also businesses not complying with existing waste disposal regulations.

“Raising awareness of the risks of being caught and increasing the number of meaningful prosecutions are the right methods to bring about real change.”