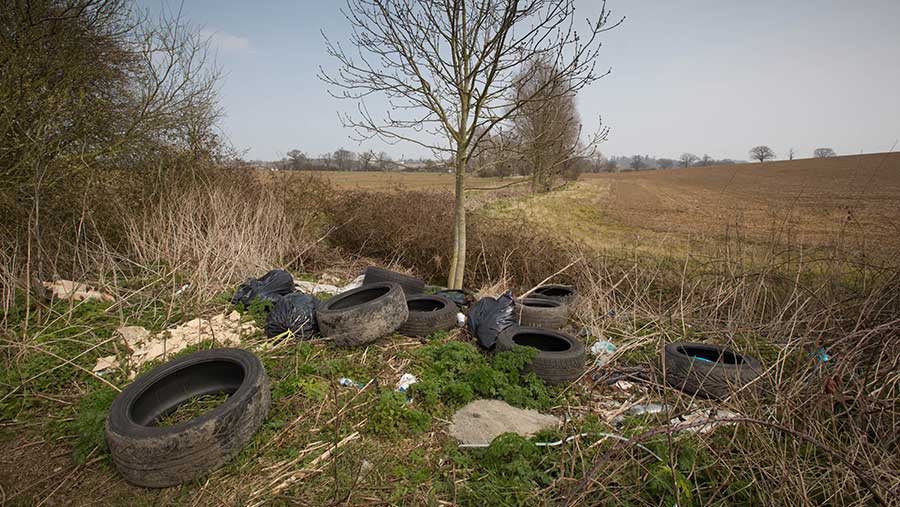 Landowners fear proposals to close and cut the opening hours of recycling centres in Buckinghamshire may lead to an increase in fly-tipping on farms in the Thames Valley.

Buckinghamshire County Council has launched a public consultation, which includes the potential to permanently close at least one of its 10 sites in the county, with the preferred option at Bledlow, in a bid to cut costs.

The council is also considering cutting the opening hours at other centres and proposing new charges for handling certain items.

More than 650 fly-tippers have been prosecuted in Buckinghamshire in the last 15 years – and the council has one of the highest prosecution rates for waste crime in England.

But the CLA believes much of the good work could be undone if the authority gives the green light to reduce its recycling centre services.

CLA regional director Robin Edwards said: “More than 11,000 fly-tipping cases – six a day, on average – have blighted the countryside in the last five years alone, costing taxpayers £500,000 a year in clean-up costs, and it would be a huge shame if these numbers were to grow even bigger as a result of cuts to recycling centre services.

“Closing or partially closing recycling centres will not help. Each incident of fly-tipping on private land costs the owner £844 on average to clean up. But why should innocent landowners bear the burden of this disgraceful crime?”

On the contrary, Walsall Council is considering extending its opening hours at its tips and introducing a free skip collection service every Saturday for bulky household items, in a bid to tackle fly-tipping, which cost its taxpayers in excess of £426,000 last year.

In April, Defra environment minister Dr Thérèse Coffey said that any evidence linking councils charging to receive certain types of waste with an increase in fly-tipping was “inconclusive”.

Last year, a Farmers Weekly campaign to raise awareness of fly-tipping in the countryside, in association with the CLA, urged the government to change current legislation, which places the responsibility of clearing fly-tipped waste on farmland on private landowners.

But Dr Coffey said allowing fly-tipped waste dumped on private land to be cleared without charge at household waste recycling centres would “not provide the right incentive to deter fly-tipping” or encourage people to “secure their land more”.