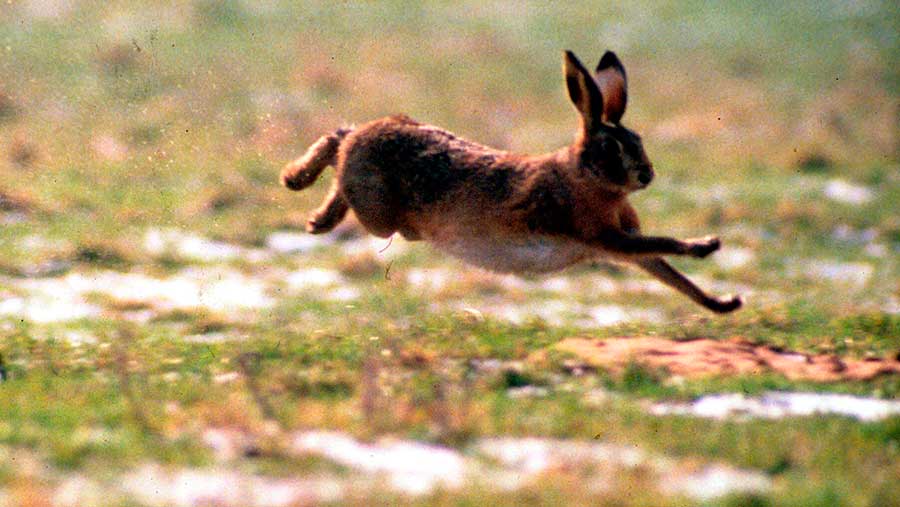 Gangs will stop at nothing to continue hare coursing and when challenged, have even threatened to burn down a farmer’s home, a police officer has warned.

Sergeant Andy Street, of Cambridgeshire Police, wrote about the problem on his force’s blog and said hare coursing gangs are determined to carry out their pursuit.

He said: “They will often drive across fields of newly set crops, causing thousands of pounds worth of damage and threatening anyone that challenges them. It is fair to say these gangs have caused a great deal of fear and intimidation in the rural community.

“I have known of cases where the coursers have driven straight through the farmyard to get on to a field and when asked not to do so have responded with threats of violence. Some have even threatened to burn down the farmer’s home.”

Throughout autumn and winter, hare coursing is the issue Sgt Street’s team has received the most calls about. Cambridgeshire Police have set up a rural crime action team to deal with this and other rural crime.

The small team struggles to cover the entire county and Sgt Street has asked the public to be vigilant and help the police tackle the issue.

He said: “If you see this taking place, please call the police. Note down registration numbers and descriptions of vehicles.

“Recently, by sharing this information, other counties have stopped some of the vehicles and found they are driving illegally and even by a person wanted for burglary.

“On 7 January a vehicle was seized by police in Somersham after having its tyres punctured by a stinger and the occupant was caught. On 14 January, four people were arrested for coursing in Warboys and their vehicle was seized.

“But rather than just reacting when they are here, we want to try to stop them coming at all. I’d like to reassure the rural community that we will do our best to keep you safe as well.”

Hare coursing is a rural crime where greyhounds or other dogs are used to chase, catch and kill hares, with large sums of money often wagered on the outcome. It is illegal under the 2014 Hunting Act.

Humberside Police’s campaign Operation Galileo tackles the crime and on 7 January the roads policing team stopped six men on suspicion of hare coursing after a drone spotted them in a field.

Meanwhile, Derbyshire Police have appealed to anyone who can identify three men suspected of hare coursing near Glossop to contact police.

We're investigating an allegation of #HareCoursing this afternoon approx 1500 hrs 12/01/2018 at #BLEAKLOW PEAK, near #GLOSSOP at the #B29SUPERFORTRESSCRASHLOCATION’
We would like to speak with the people in the images. Recognise them? please contact #DRCT pic.twitter.com/FNxGbf6kbJ