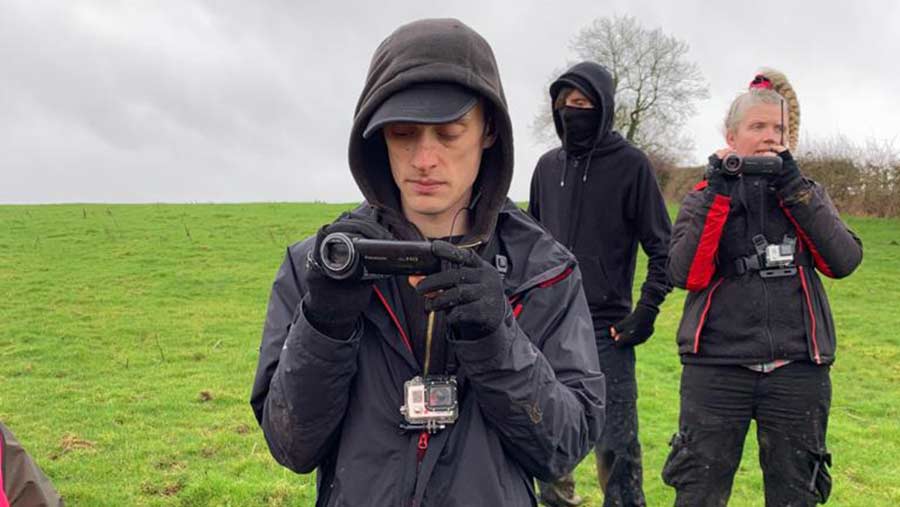 A man has been convicted by a jury after he used edited footage to falsely bolster his claim that a farmer had assaulted him on the farmer’s land.

Hunt saboteur David Graham was found guilty of perverting the course of justice by using video evidence which misrepresented what had happened.

The video was edited on a loop sequence to incorrectly show the farmer repeatedly kicking out, the Leicester Mercury reported.

The 35-year-old was given a 12-month jail sentence, suspended for two years, with 100 hours of unpaid work.

He was ordered to pay £1,000 costs and placed on a seven-year restraining order, banning any contact with the farmer or going on his land in Newton Burgoland, Leicestershire.

Tim Bonner, chief executive of the Countryside Alliance, said it was not the first time there had been concerns about tampered footage.

Reacting to the sentencing, he said: “There have been numerous concerns raised throughout the years by members of the hunting community of saboteurs using significantly edited or tampered footage.

“This footage is often uploaded online, with no regulation, in a bid to raise money for funding further disruption of legal trail hunting activity.

“This conviction serves to strengthen those concerns and prove that producing dodgy footage, even in a bid to fool police, is very much at the heart of hunt sab tactics.”