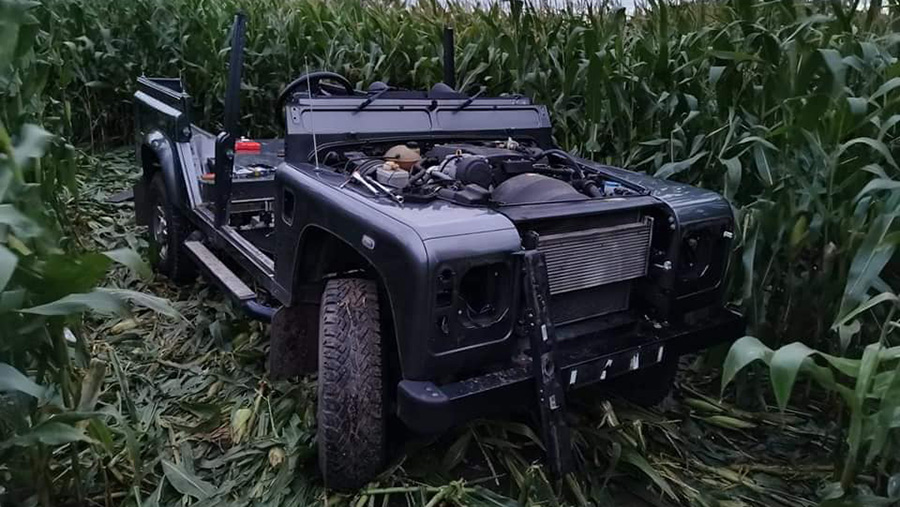 Police have recovered a stolen Land Rover Defender from a maize field in Warwickshire after thieves abandoned their efforts to strip the vehicle for parts.

The suspects fled their rural workshop, leaving the Defender and their own vehicle behind in their haste to escape. 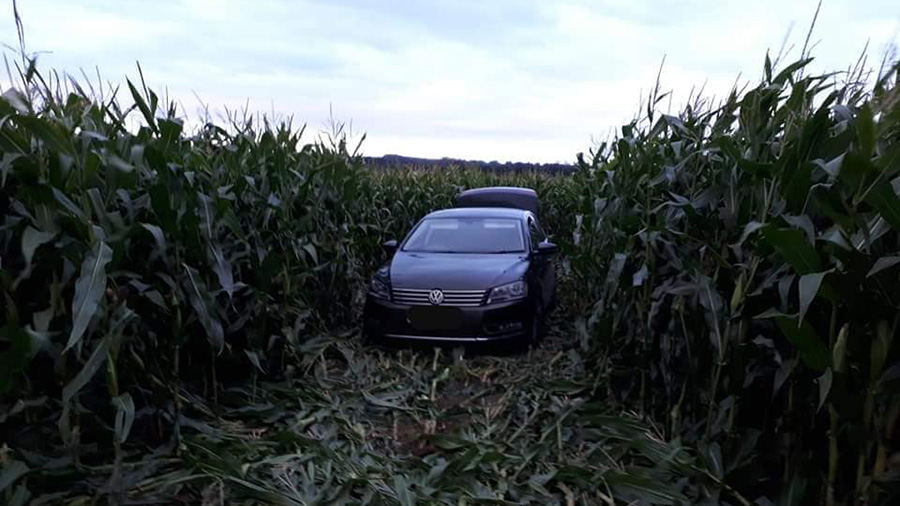 Officers from Warwickshire Police’s Operational Patrol Unit said they had found most of the vehicle’s parts hidden in the field near Warton, after it had been stolen overnight on 25 August.

Pictures from the scene show a patch of the farmer’s crop flattened as the criminals tried to use the cover provided to strip the Defender down. The parts often have a high sell-on value.

Enquiries are ongoing and anyone with information should contact Warwickshire Police on 101. 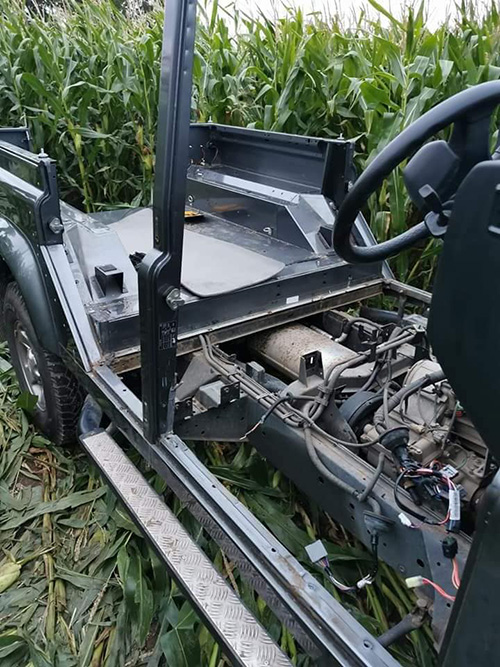 In Somerset, a green Land Rover was stolen between 10pm on Sunday 30 August and 4.30am the following morning.

A vehicle matching its description was spotted by a police officer at about 5.30pm on Tuesday 1 September in the Lysander Road area of Yeovil.

The motorist drove dangerously down the Queensway dual-carriageway, before turning towards the Fiveways Roundabout and on to the A37 Ilchester Road.

A 38-year-old man has been arrested on suspicion of theft of a motor vehicle. He has been released under investigation.