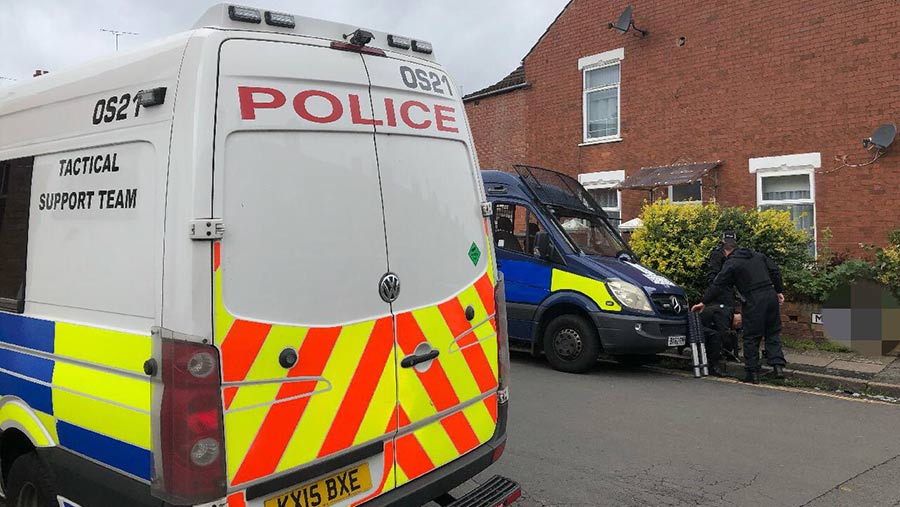 A 39-year-old man from Coventry has been arrested on suspicion of theft and criminal damage as part of an investigation into illegal sheep slaughter and butchery.

Officers from Northamptonshire Police and Warwickshire Police executed warrants at four addresses in Coventry on Saturday (10 August), in partnership with Trading Standards and Environmental Health.

The searches were part of Operation Stock, Northamptonshire Police’s investigation into dozens of reports of sheep slaughter and theft this year.

Since February 2019, 81 sheep, including one ram, have been killed and butchered in the county, and 258 ewes and lambs have been reported stolen.

On 13 July, the force also received a report of a live lamb found tied up with electric fencing.

The most recent incident saw 65 ewes stolen from a field in West Haddon.

Northamptonshire Police is also working closely with other forces, such as neighbouring Warwickshire Police and Leicestershire Police, which have seen similar reports. 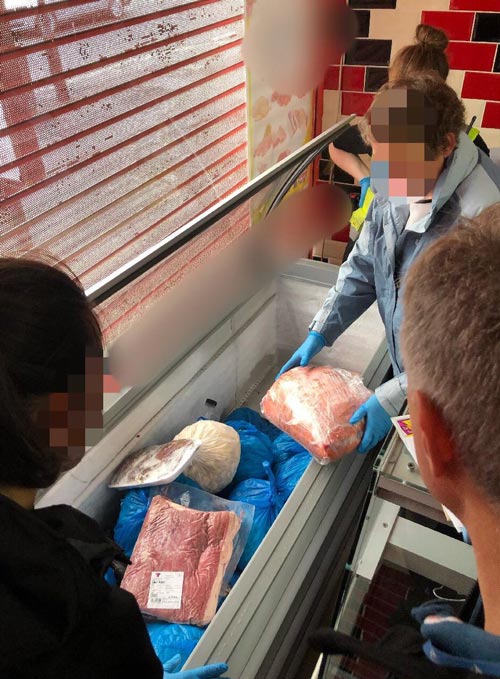 Inspector Tracy Moore, head of rural crime at Northamptonshire Police, is overseeing Operation Stock and said the warrants were carried out thanks to intelligence received from the public.

Inspector Moore said: “There’s a huge collective effort under way both within Northamptonshire Police and with our partners in investigating these awful crimes.

“This effort will continue as we work to bring those responsible to justice, and I’d like to thank our rural communities and partners for the support and information they continue to provide.

“All information has value so please continue to let the police know about any suspicious activity in and around livestock or in rural areas.”

Operation Stock warning signs have been given to farmers and landowners to help inform the public about incidents and encourage people to report any suspicious behaviour.

Northamptonshire Police has also used a drone with thermal imaging technology to monitor rural areas overnight for any unusual activity.

Anyone with information about offences linked to Operation Stock should call Northamptonshire Police on 101, quoting the operation name.

Information can also be shared anonymously via Crimestoppers by calling 0800 555 111.

In an emergency, such as when a crime is in progress, always call 999.