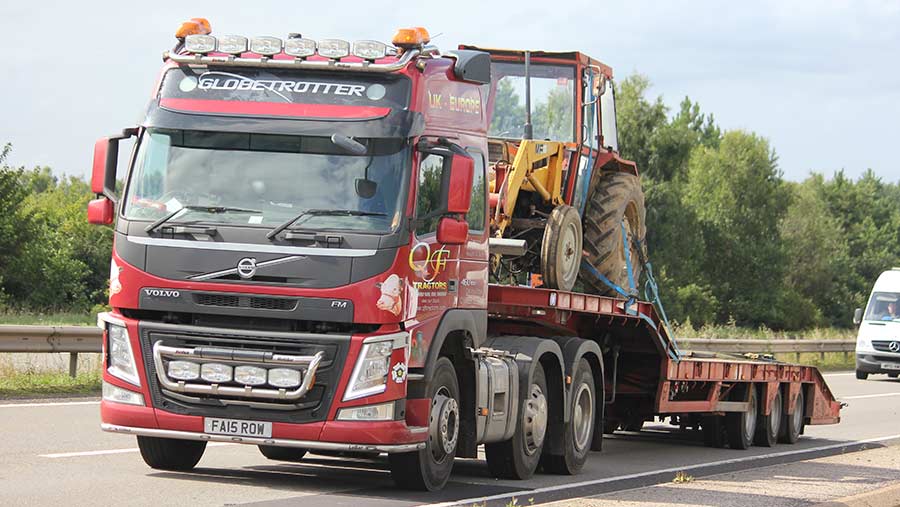 A Yorkshire couple have been ordered to pay more than £50,000 and banned from selling tractors and agricultural machinery to members of the public for misleading customers in the UK and abroad.

Alan Farrow, a director of QF Tractors, and Christine Farrow, a former director of the company, both of Canal Head, Pocklington, admitted nine counts of contempt of court when they appeared at the county court in Leeds on Wednesday, 3 October.

The case was brought by East Riding of Yorkshire Council’s trading standards department after the Farrows failed to keep legally-binding promises to not make misleading statements when selling tractors or machinery.

The Farrows first came to the attention of trading standards in 2005 and made their first undertaking in 2011 after a number of customers claimed they had been sold goods that were wrongly described and of poor quality.

In 2015, officers received similar complaints but this time they were from not just the UK but also Europe and Africa.

They made a legally-binding undertaking to the court not to mislead customers. However, just over a year later, the complaints started again.

Complaints included one customer in Cambridge who paid £8,500 for two pick-up trucks that never arrived and a customer in Bognor Regis who spent £14,500 on a four-wheel drive forklift truck which was not in working order when it arrived.

Another customer in Nottingham bought a tractor for £12,950 from the QF Tractor website but when it arrived it was found to be in poor working order and to have an oil leak. The condition of the vehicle indicated it had not been serviced.

One customer, who was based in Milton Keynes, bought two tractors for £14,000 and shipped them to Tanzania but when they were delivered he found that one of the tractors was of an older, inferior model to the one he had purchased.

Acting for the Farrows, barrister Ashley Serr told the court that since the contempt of court charges were brought, the Farrows had contacted all the complainants and had settled all the outstanding issues with their customers.

Judge Andrew Saffman said: “There has been a course of conduct of shoddy practices since 2005 and members of the public have continually been ripped off.

“You have failed to comply with the undertakings given twice to the local authority and these breaches have resulted in a contempt of court.”

The judge ordered the Farrows be subject to a 10-year injunction which bans them from advertising the sale of, or selling directly to the public, farm and plant machinery, cars, motorcycles, buses and coaches, as well as light, medium or heavy goods vehicles.