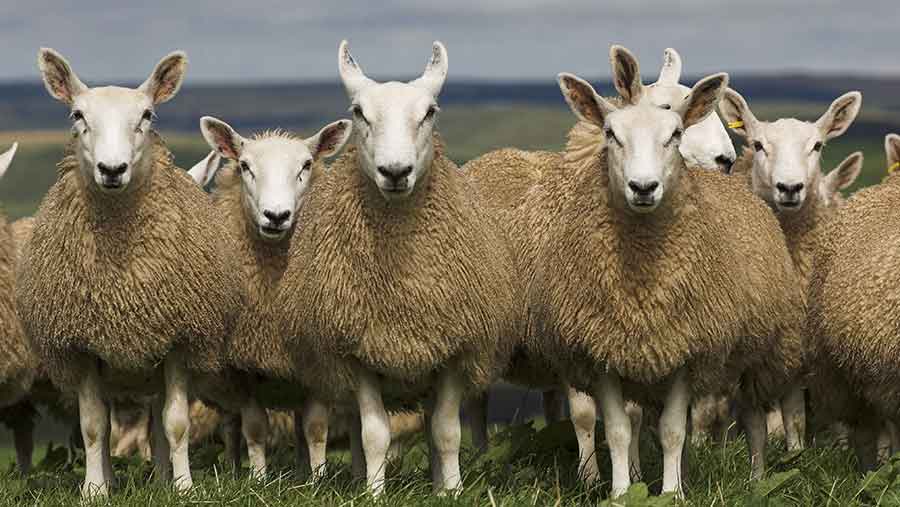 Police are appealing for help from the farming community to recover 450 sheep, worth £60,000, stolen from a hill farm in Scotland.

Rustlers struck at Capplegill Farm in the Moffat area of Dumfries and Galloway sometime between 5pm on 17 April and 5pm on Monday 18 April.

Police Scotland believe the thieves would have used large vehicles to remove the in-lamb Cheviot sheep from the farm.

Detectives have appealed for help from anyone who saw or heard any suspicious activity in the area during these times.

Det Insp Scott Young said: “The theft of such a large amount of sheep would have required careful planning and obviously there must have been vehicles used.

“The grazing land the sheep were on covers several thousand acres north of the A708 Moffat to Selkirk road near to Grey Mare’s Tail in Moffat.”

Gemma Thomson, NFU Scotland’ legal and technical policy manager, said: “The frequency and scale of sheep rustling in Scotland seems to be on the increase.

“The logistics involved in a theft of this scale would suggest this was pre-meditated, which is worrying for the industry.

“We urge farmers to be on their guard and check their flocks more regularly than they normally would. We must remain vigilant and be aware of what’s going on around us, reporting anything suspicious to police as soon as possible.”

According to rural insurer NFU Mutual, the theft of livestock has been on the rise in recent years.

Anyone with information should contact Dumfries Police through the non-emergency number 101 or Crimestoppers anonymously on 0800 555 111.