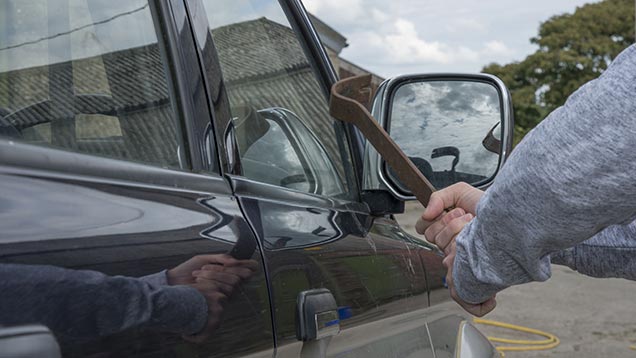 Farmers, landowners and police have joined forces with the Scottish government in a bid to tackle rising rural crime.

Police Scotland, has faced criticism in the Scottish parliament for its lack of progress in solving farm crime. Figures also show tractor theft rose by 10% in Scotland last year compared with a drop of 20% elsewhere in the UK.

The new group aims to reverse that trend by promoting crime prevention, improving investigation procedures and sharing best practice with other bodies.

The first meeting of the national steering group will take place at the end of June.

“We are working to deter criminals. We know that we cannot achieve this alone and so this work is being carried out with a wide range of partners.

“Our message is clear, rural communities are not safe havens for criminals. We will target them wherever they operate and we will work with our partners to ensure that our communities take prevention measures to cut off opportunities for criminal gain.”

NFU Scotland’s Gemma Thomson is representing farmers on the group.

“This new working group is affirmation of how seriously Police Scotland is taking rural crime, and shows a real commitment to taking forward some of the issues identified.”

“Scotland in particular has seen certain types of crimes rising steadily, despite an overall reduction.

“Vehicle crime especially is a major concern in Scotland and we have seen a dramatic increase in claims around quad bikes, among other things. It is for these reasons that initiatives like the one being launched by Police Scotland are so important.

“It is only by bringing together police, communities and all of those affected by rural crime, that we can make a lasting impact on rural crime.”