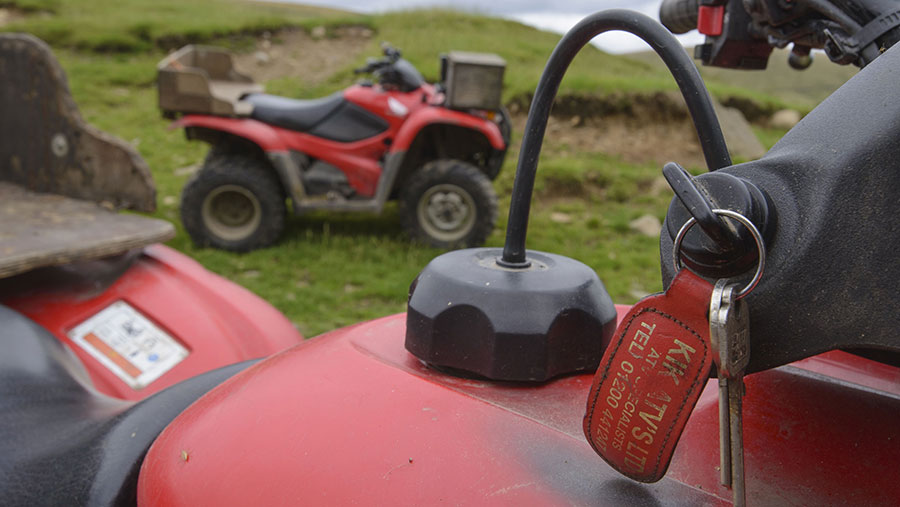 A stolen quad bike has been recovered and a man arrested in connection with its theft from North Yorkshire.

At about 2pm on Tuesday 24 September 2019, a Honda quad bike was stolen from a farm in the Hambleton district, near Stokesley.

The Honda Fourtrax quad, worth about £6,000, had been fitted with a tracking device by its owner.

Later that evening, officers from North Yorkshire Police’s Rural Taskforce, working alongside colleagues from Tees and Hartlepool Harbour Police, and Cleveland Police, traced the quad to an address in the Redcar area.

A 35-year-old man was arrested on suspicion of the theft of the vehicle. He remains in custody at this time.

The quad has been recovered for forensic examination, and will be returned to its rightful owner – enquiries into the theft are ongoing.

On Monday 23 September, a quad bike at a property near Thirsk was targeted in a separate incident. On that occasion, a vigilant resident challenged the suspected thieves, who ran away empty-handed.

Elsewhere, the Brecon Roads Policing team reported on Wednesday 25 September that they had recovered two suspected stolen quad bikes, a Suzuki and a Kawasaki.

Attended Gwent area again this evening with Brecon Response and colleagues from @gwentpolice and recovered 2 more suspected stolen quad bikes, Honda and Kawasaki, which will be examined to confirm their identity. pic.twitter.com/4svS1JcWKm

Police are urging all quad bike owners to take extra precautions to secure their vehicles.

Top tips to prevent theft of quad bikes and ATVs

Quads and all-terrain vehicles (ATVs) are the top target for thieves in the UK, as they are easier to steal and sell on than larger farm vehicles.

As well as being simple to jump on and drive off when they’re left standing, thieves also take them from workshops and barns.