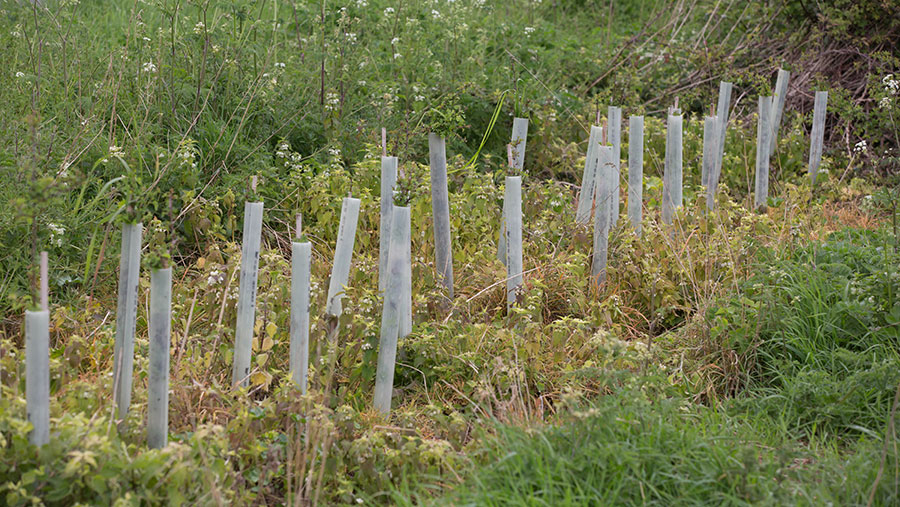 Police are investigating after thieves stole more than 300m of newly planted hedgerow from a field in Norfolk.

Norfolk police said the plants were dug up by the roots alongside Aylsham Road between Aylsham and Buxton/Brampton on 20 December.

The hedgerow – a selection of mixed bushes and plants, complete with supports and plastic guards – was worth more than £5,000.

Report of stolen freshly planted hedgerow over £5000 worth on Aylsham Road between Aylsham and Buxton/Brampton last night. Any info please let me know or if hear anyone trying to sell large quantities of young hedge #OpGalileo #1765 pic.twitter.com/PYVD64EQqC

It was planted just three weeks ago.

Local farmer Michael Keeler said he believed the hedge was stolen to order.

Farmers face many different types of crime, including machinery theft, but Mr Keeler said he had never seen anything on this scale before.

“I know it’s the season of goodwill, but my goodwill doesn’t stretch that far,” he told ITV News.

Despite the cost and hard work taken in planting the hedge, people took to social media to make light of the crime.

Some suggested the theft warranted a special investigation.

Other people also took the opportunity to indulge in some wordplay.