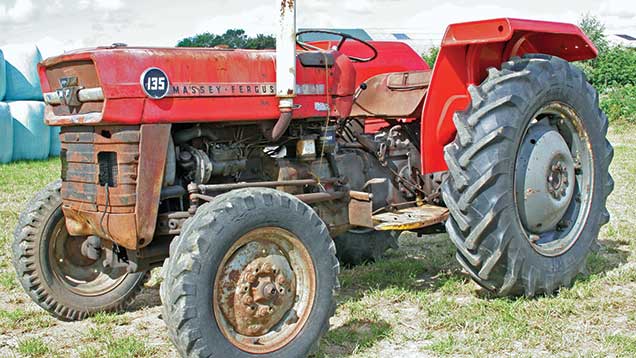 Tractor thefts in Scotland have risen by 10%, bucking the trend for the UK as a whole, according to rural insurers NFU Mutual.

Scotland was the only part of the UK to see an increase in thefts of this kind during 2014 with the rest of the UK seeing falls of 20% in the number of stolen tractors during the past 12 months,” NFU Mutual’s Tim Price told Farmers Weekly.

The pattern is repeated in figures for the past five years where the UK as a whole has seen a drop of 30% in the number of tractor thefts.

But over the same period in Scotland there has been a steady rise from 32 tractors stolen in 2009 to more than 90 taken in 2014, according to the provisional figures.

“The cost of tractor theft claims from Scottish farmers looks likely to have increased fivefold over that five-year period,” added Mr Price.

In contrast, across the whole of the UK, tractor theft peaked in 2010, with a cost of £10m to NFU Mutual alone.

“By 2013, awareness, better policing and improved security on tractors had helped cut this bill to £7m,” said Mr Price.

He suggested the reason for the difference could be that the crime wave in rural Britain began in the south of the country and has been slow to reach Scotland.

“As the crime wave has progressed north there has been a greater awareness among farmers in its wake and they have tightened up on security.

“We know farmers in Scotland are doing a lot to improve security in their farmyards and machinery, but there is still more that can be done to make it hard for criminals to get on to farms undetected and steal machinery and equipment,” Mr Price said.

There is also a continuing shift in the type of tractor stolen.

“High-value, high-tech tractors are no longer the number one choice for criminals,” said Mr Price. “The security with individual keys and improved tracking and tracing technology means the higher end vehicles are harder to steal and harder to sell on,” Mr Price said.

Instead much older tractors are now the target. Even vintage tractors such as the Massey Ferguson 135 are being stolen.

“This is because the growing demand for vehicles is in developing countries in Africa. The high-tech tractors would be difficult or impossible to maintain so the simplest of machines are top of the criminals’ list,” he explained.