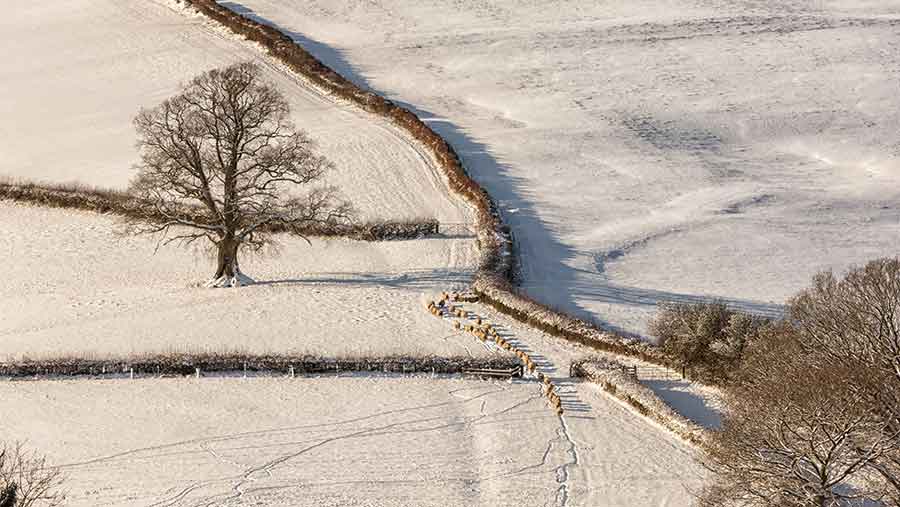 Farmers with cross-border holdings in England and Wales are suffering unnecessary delays to their BPS payments due to the failure of government agencies to exchange data, say farm leaders.

NFU Cymru president Stephen James said the majority of cross-border farmers were in a “desperate financial situation” as a result of not having received their 2015 basic payments – 14 weeks after the payment window opened.

According to the NFU, more than 9,000 farmers in England are still waiting to receive their BPS payments. In Wales, more than 95% of farmers have received part-payments roughly equivalent to 80% of their total BPS claim.

The RPA said about 600 cases were affected by cross-border claims.

As a result of the delays, the RPA has announced that farmers in England who had not received their BPS money by the end of April would receive a 50% bridging payment. About 10% of claimants are in this category.

Mr James met with Mr Grimshaw and senior officials from Rural Payments Wales (RPW) on Tuesday (19 April) to stress the dire situation cross-border farmers were in and the need to speed up payments as a matter of urgency.

Mr James told Farmers Weekly: “There is major dissatisfaction among cross-border farmers who still haven’t been paid their BPS.

“The problem centers on mapping issues. Both agencies appear to be blaming each other, saying they don’t have the information from the other to pay the claims.

“These farmers are desperate for their cash. We are nearing the end of April and there’s only two months of this payment window left.

“It’s good that the RPA has announced it will make bridging payments. We’ll be putting the pressure on RPW to see if they can do the same.”

He added that farmers needed to know that the information they submitted 12 months ago ahead of the 2015 deadline has been validated before they complete their 2016 Single Application (SAF) form, which needs to be finalised by 16 May.

“Of those farm businesses that have yet to receive a part-payment, the vast majority are due to the Rural Payment Agency in England experiencing considerable operational difficulties, which has meant we are still waiting for usable cross-border data.

“My officials continue to press the RPA for the detailed information that will allow the Welsh government to pay the relevant farm businesses affected.”

An RPA spokesman said: “We understand the importance of Basic Payment Scheme money to the farming community.

“The Rural Payments Agency and Rural Payments Wales know these payments are important for farmers and are working closely to get cross-border claims paid.”