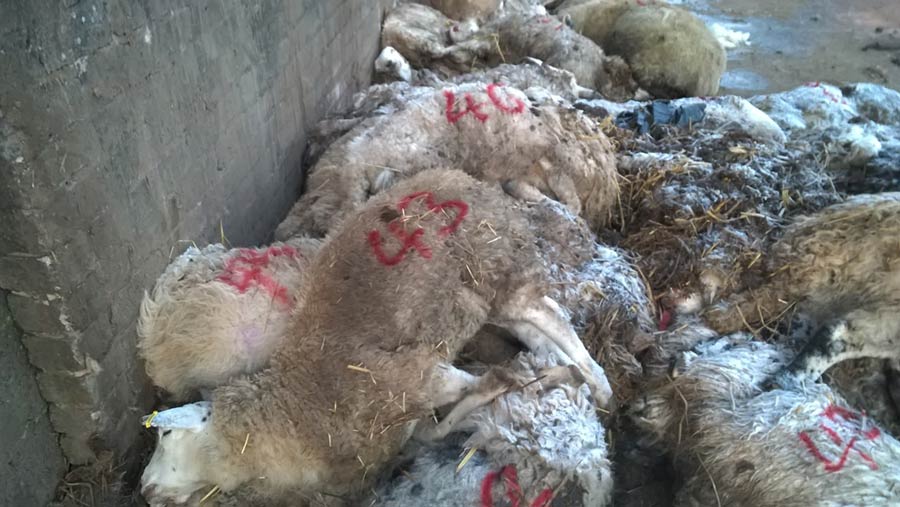 A Cumbrian sheep farmer has been banned from keeping livestock for seven years after he admitted a raft of animal welfare offences.

He appeared at Carlisle Magistrates Court for sentencing on Tuesday (28 August).

See also: How to identify, prevent and treat the five sheep ‘iceberg diseases’

He had previously pleaded guilty to causing unnecessary suffering to sheep between December 2017 and January this year. More than 640 of Mr Waring’s sheep died due to starvation and neglect during this period.

The third group of offences related to his failure to dispose of animal carcasses in a timely manner.

Mr Farnworth told the court that Mr Waring’s failure to seek immediate veterinary attention for his stock left them “dying like flies”.

Simon Catterall,  defending, explained that the disease outbreak took a long time to control because it was mistakenly assumed to be liver fluke disease, until later post-mortem examinations suggested the presence of a multi-resistant worm.

He added: “Mr Waring was overwhelmed by the rapid escalation of the outbreak. He was already drowning in paperwork and shattered by the sudden death of his father and uncle and was unable to cope. He is truly sorry.”

Mr Waring was also disqualified from keeping and owning livestock for seven years and told to pay £17,668 prosecution costs.