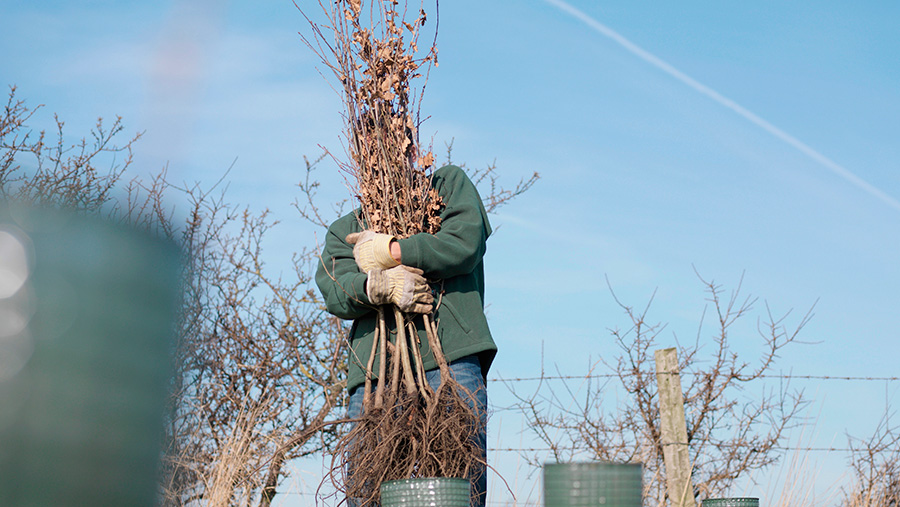 The government must address the barriers which prevent farmers and landowners from creating more woodland, according to the CLA.

The organisation spoke out after new figures (PDF) showed the Forestry Commission has missed its trees-in-the-ground target in England by 86%.

Data published by the commission showed that 700ha of woodland was planted in England last year – way short of the target of 5,000ha.

We are disappointed but unsurprised at the low figures for tree planting since the inception of the Countryside Stewardship scheme for woodland creation Ross Murray, CLA

The Woodland Trust said it was “alarmed” by the continued low level of new tree plantings.

“Poor planting rates, plus woodland losses and weak protection of ancient woods mean deforestation is highly likely in England, with some areas of woodland felled or destroyed and not replanted,” it added.

He added: “We are disappointed but unsurprised at the low figures for tree planting since the inception of the Countryside Stewardship scheme for woodland creation.

“We have consistently told the Forestry Commission that the scheme was ineffective for farmers and landowners, even to those who want to create woodland.

“These recent figures prove that to be the case with only 13% of new woodland areas created in England and just 3% across Wales.”

Although most of the new planting took place on private land, he said many land managers were discouraged from creating woodland due to overregulation of the forestry sector, concerns over environmental impact assessments and the effect on land values.

Mr Murray added that the CLA had raised its concerns with ministers and was keen to continue working with Defra to find solutions.

He said: “Trees are so vital to helping improve water quality and delivering natural flood defences among many other benefits.

“The government must address the many barriers to woodland creation if it is to achieve its planting targets.”

A Defra spokesman said: “Woodland cover in England is at its highest level since the 14th century and we are committed to growing it even further.

“The Countryside Stewardship scheme is an important opportunity to help expand our nation’s woodlands, which is why the Forestry Commission is supporting landowners to make applications through a series of workshops and online support.”

The government has pledged to plant 11m trees by 2020.