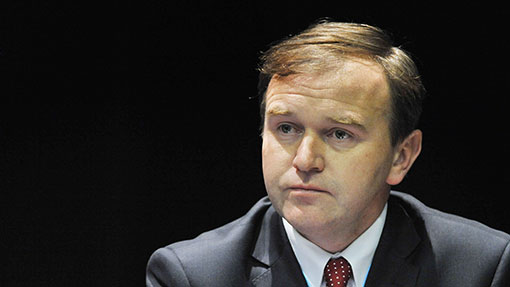 Farm minister George Eustice has issued a staunch defence of the badger cull and insisted “doing nothing is no longer an option”.

During a parliamentary debate on the second year of the pilot badger culls, Mr Eustice came under fire from opposition MPs, who accused the government of pressing ahead with a policy that had failed on scientific, economic and humaneness grounds.

See also: Public should worry as much about cattle as badgers, says MP

Mr Eustice said the government was now analysing the data taken from the second year of the pilot culls in Somerset and Gloucestershire and said it was being independently audited in the same way it was last year. The results will be released soon.

Meanwhile, over a similar period, the Republic of Ireland, which has virtually the same similar TB controls to England had seen TB reactors fall by more than half from 40,000 in the year 2000 to 18,500 in 2012.

The main difference between the two countries was that Ireland started a comprehensive badger culling policy in 2004, whereas England didn’t, MPs told the debate.

Defending the government’s culling policy, Mr Eustice told MPs: “We have the worst bovine TB situation in the developed world and we cannot let that continue if we want to have competitive, productive and profitable beef and dairy sectors.

“Other countries that have faced similar problems have demonstrated the route to long-term disease freedom and they show us that dealing with the risk posed by wildlife has got to be part of any coherent and comprehensive approach to tackling this disease.”

He said the government now had a “very clear strategy” for achieving its goal of official TB-free status in England, which includes deploying tighter cattle measures, strengthening biosecurity and vaccination of badgers to prevent the spread of the disease or from TB-high risk areas to the edge area.

He fired a broadside at Labour MPs, who have vowed to abandon the badger cull if they win next year’s general election.

“We are clear, unlike the party opposite, that any coherent strategy to eradicate TB must include measures to tackle the disease in wildlife in those TB hotspots. So we will continue to use all of the options available to us today to fight this dreadful disease, which has been out of control for 20 years.

“Doing nothing is no longer an option – and that is why we intend to stick with this strategy.”

The government has come under fire for scrapping the independent expert panel (IEP) after year one of the culls.

The IEP had a “one-off role” last year to inform the government how to treat the raw data that came from AHVLA and Natural England. “It was a desktop exercise and we don’t need to repeat that work this year.”

Mr Eustice also rejected an offer from the journal of the British Ecological Society, which had offered to review the pilots. “That job was done and completed last year [by the IEP] and this year it will be independently audited.”

Earlier in the debate, Labour MP Chris Williamson (Derby North) accused government ministers of “behaving like the three wise monkeys” by continuing with the policy without the IEP and despite the chief scientific adviser to Natural England describing last year’s culls as an “epic failure”.