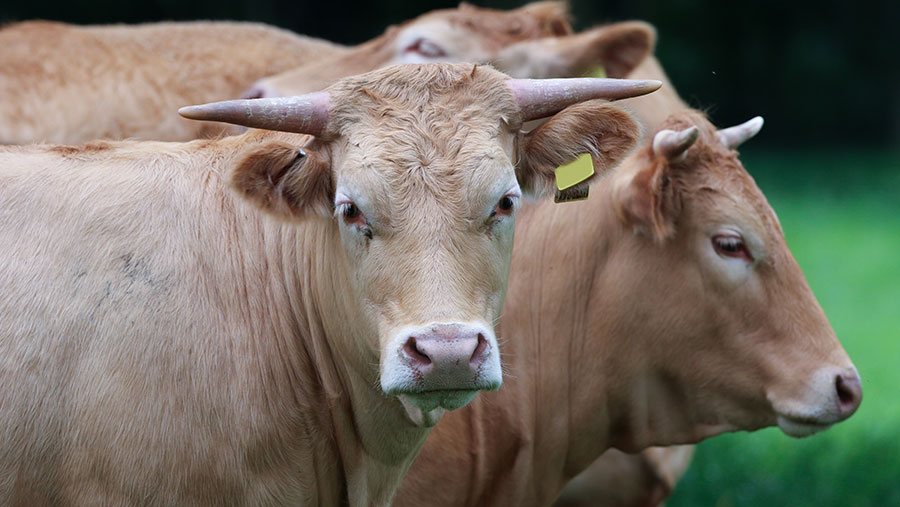 Reducing UK livestock numbers would free up grassland that could be used to combat climate change, say government advisors.

But the NFU says the proposal is disappointing and fails to recognise the environmental benefits of grass-fed beef and sheep production.

The production of beef, lamb and milk is a large source of UK agricultural emissions, says a report by the government’s advisory committee on climate change.

See also: Why farmers are being asked to do more to fight climate change

Cattle and sheep directly accounted for around 58% of agriculture emissions in 2016, it says – and rearing crops to feed livestock involves additional soil emissions.

Following the government’s Eatwell Guide would reduce UK meat consumption – benefiting public health and the environment too, suggests the report.

“There would be a large reduction in the consumption of red meat, by 89% for beef and 63% for lamb, together with a 20% decline in dairy products,” it says.

“The amount of plant-based food in the diet would increase, with meat protein being replaced with more pulses and legumes (up by 86%).”

Consumption of fruit and vegetables would also increase by around 54%, says the report, Land use: reducing emissions and preparing for climate change.

The document says a reduction in beef and lamb consumption of between 20% and 50% could release some 3-7m hectares of UK grassland.

This could be used to mitigate climate change by producing trees and biofuels instead of rearing livestock, suggests the report, published on Thursday (15 November).

Committee chairman Lord Deben said: “Land is our most precious natural asset but the way we use land in this country needs fundamental reform.

“We must ensure our use of land helps to reduce the emissions that are warming our atmosphere. We must also improve the resilience of the land to climate change.”

Lord Deben said the government’s Agriculture Bill was an opportunity to reward farmers for actions such as tree planting, restoring peatlands and improving soil and water quality.

“We need a new conversation about the role biomass can play in helping to meet the UK’s climate-change targets,” he added.

The NFU said it had a clear position on British farming’s role in tackling climate change – and reducing livestock numbers in the UK was not a part of that policy.

NFU president Minette Batters said: “We are disappointed to see the committee on climate change include that recommendation in its report.”

Ms Batters said it would be a fundamental mistake to design a farming system solely around climate change without any regard to the wider impact on the environment and the UK food supply.

Soil Association policy director Joanna Lewis was less critical, saying farmers were not to blame for slow progress in cutting emissions from agriculture.

Farmers must be adequately supported in the Agriculture Bill and associated policy to transition towards low-carbon farming systems, she added.

“The committee’s proposals are important and timely, and emphasise the urgent need for a radical transformation in the way we produce and consume food in the UK.”