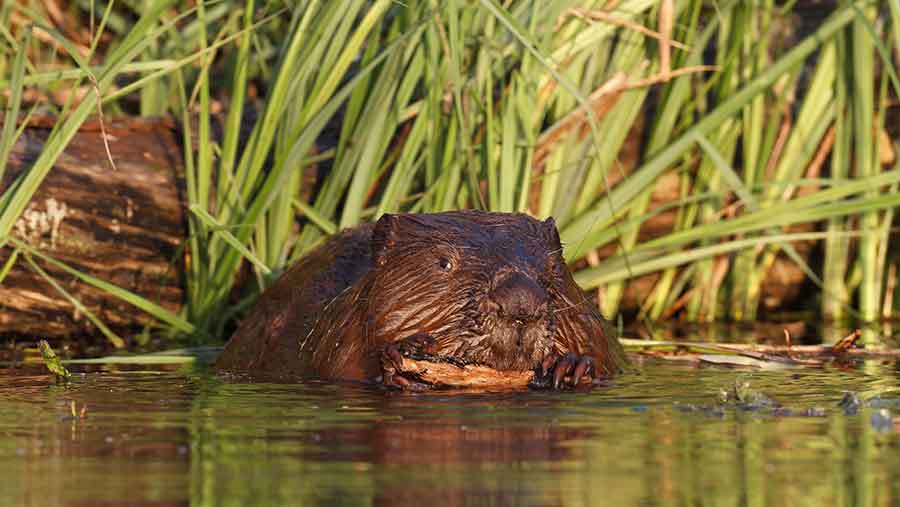 A family of beavers is to be released in an enclosed site in the Forest of Dean early next year, in the hope they will contribute to improving biodiversity and flood control near the village of Lydbrook.

But farmer groups have expressed concern that any more widespread release of beavers could have a negative impact on farmland and the landscape, due to their physical activities of felling trees and building dams.

The Forest of Dean project, proposed by the Forestry Commission and just signed off by Defra secretary Michael Gove, will see two adult beavers and two kits released into a 6.5ha site next spring.

The hope is that their dam-building skills will help slow the flow of water through the village and also create new habitats.

“The beaver has a special place in English heritage and the Forest of Dean proposal is a fantastic opportunity to help bring this iconic species back to the countryside, 400 years after it was driven to extinction,” said Mr Gove.

“The project is an example of the wider approach we are taking to enhance biodiversity…. and deliver on our plans for a Green Brexit.”

The Forest of Dean release could be the first of many such schemes, with Defra publishing new guidance for further trial releases across England.

But, even though the Forestry Commission insists that the enclosure for this trial will be totally secure, the NFU has concerns about beavers in the wild and the impacts they could have.

“The Forest of Dean release into a secure enclosure is a good opportunity to further learn about the consequences of beavers on the landscape,” said environment forum chair Mark Pope.

“However, it is vital that this release is closely monitored to ensure that no beavers are allowed to escape, which could have potentially serious implications on farmland such as land drains being blocked in lowland arable fields.”

That has been the experience in Scotland, where 19 of the semi-aquatic rodents were introduced in Argyll in 2009.

An illegal release also occurred in Tayside, and there are now believed to be several hundred beavers at large.

NFU Scotland points to problems with agricultural land being flooded and crops lost, either as a result of beaver dams, or due to tunnelling through flood banks.

“The illegal release of beavers on Tayside some time ago means that the animals are now found on waterways stretching through half a million hectares of land,” said SFUS environment committee chairman Angus MacFadyen.

“The environmental benefits seen in localised areas must be viewed against the considerable damage from beaver activity on productive farmland, drainage systems, long-standing flood banks and established woodland.”

Discussions on an appropriate management plan are still taking place with stakeholders.