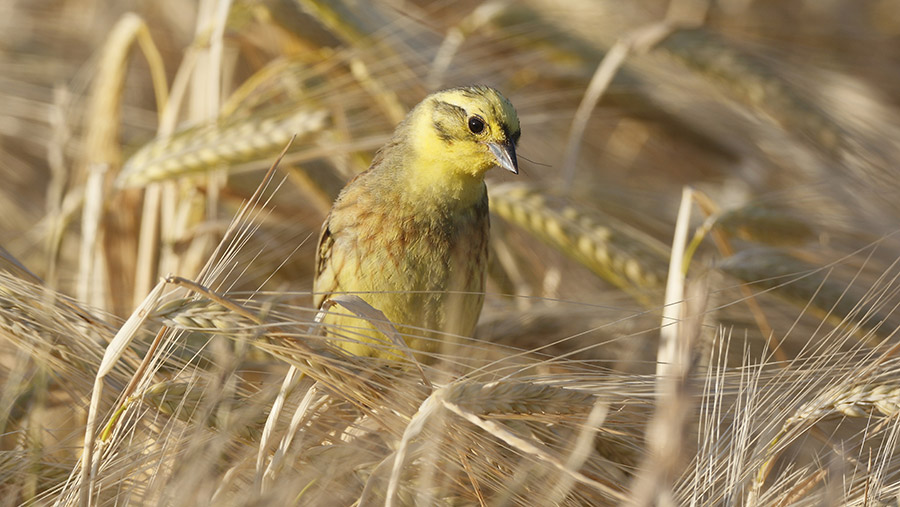 More than 1,500 farmers battled challenging conditions to take part in the 2020 Big Farmland Bird Count (BFBC) –the highest participation since it launched in 2014.

Organisers the Game & Wildlife Conservation Trust (GWCT) extended this year’s count window by a week after storms Ciara and Dennis wreaked havoc for many farm businesses in February, leaving thousands of hectares under floodwater.

However, farmers recorded over 120 species across more than 566,000ha, including 25 red-listed species, with nine featuring in the 25 most commonly seen species.

Of these, fieldfares, starlings, linnets and lapwings were the four most abundant red-listed species recorded, with more than 67,000 in total, which equates to 24% of all species spotted. The five most abundant birds seen were woodpigeons, starlings, lapwings, black-headed gulls and rooks.

With an increased focus on delivering public goods in the government’s future Environmental Land Management scheme, GWCT says understanding what is on your farm is increasingly important.

Half the participants are in some form of agri-environment scheme, demonstrating their long-term commitment to environmental management.

Thirty-six per cent of farmers taking part were providing some form of extra seed feed for birds, either through growing wild bird seed mixes, or by providing additional grain through scatter feeding or via hoppers.

NFU president Minette Batters said: “Despite awful weather conditions throughout the count, including storms Ciara and Dennis, these figures represent a fantastic effort by farmers across the country, who participated in record numbers.

“The Big Farmland Bird Count is a great way for farmers to record the birdlife found on their farms. That is why I was really pleased the NFU could sponsor the initiative for a second year with so many different threatened species recorded, such as lapwings and linnets.

“British farmers will continue to work round the clock to produce food for the nation, particularly during the current exceptional circumstances, and will continue to protect and enhance our iconic British countryside.”