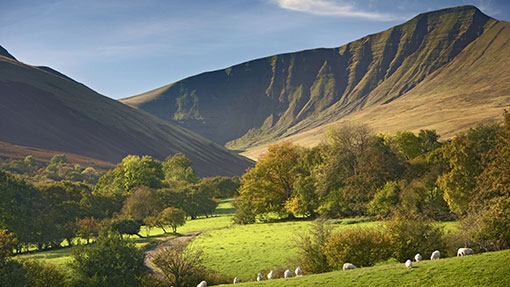 Farmers in seven Welsh regions are being urged to bid for a share in a £6m fund aimed at halting the decline of wildlife and habitats.

The Welsh government has created seven so-called Nature Action Zones, stretching from the coastal belt of Pembrokeshire in the west to the Llyn Peninsula in the north.

It wants farmers, together with other landowners and conservationists, to take advantage of this pot of money.

The move comes after last year’s State of Nature report highlighted dramatic declines in a range of habitats and species across Wales.

“I am determined that we will use this £6m Nature Fund not just to tackle that decline, but also to enhance Wales’ biodiversity and improve our environment, and crucially to do so in a way that supports the resilience of our communities and Wales’ economy,’’ said the minister.

The Nature Action Zones, selected because of their challenges and opportunities for biodiversity, are in the Brecon Beacons, Cambrian Mountains, Conwy Valley, Pembrokeshire coast, South Wales Valleys, Berwyn and Migneint and the Llyn Peninsula.

The Welsh government said two priority areas for funding would be projects that improve river catchments and those that realise the potential of the Welsh uplands.