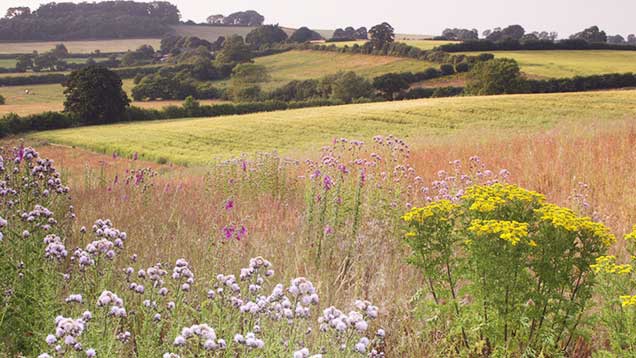 The NFU is showcasing the hard work farmers are doing to protect the environment by providing food and habitat on farmland to support wildlife.

Through the Back British Farming campaign, the NFU is reaching out to the public to show the important role farmers play as environmental stewards while also providing great-quality food.

See also: Protect pollinators – the next ‘big ask’ on farms

Productive farming depends on fertile soils and clean water so farmers are prioritising the protection of these vital national resources.

As part of National Pollinator Week (13-19 July), the NFU has pulled together an infographic (see below) to highlight the good work farmers are doing for wildlife.

Farmers care about wildlife as well, with 98% stating that protecting farm wildlife is important to them, an NFU survey has shown.

The EU Commission is consulting on whether the framework for the Birds and Habitats Directives is proportionate and fit for purpose and delivering as expected.

An NFU spokesman said: “In our view, it is important that the regulatory framework provided by these directives is flexible in meeting the needs of agriculture and the environment.

“We also recognise the positive contribution agriculture makes to maintaining the wider environment and with that biodiversity.

“Farmers manage much of the land that is protected by the Habitats and Birds Directives. We would like to see a greater emphasis on balancing objectives under the directives with other important priorities, such as food production.”