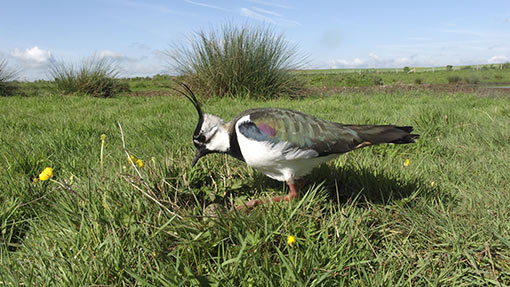 Reversing the decline of farmland birds and other wildlife species associated with arable land is “within our grasp in the UK”, a conference hosted by the Game & Wildlife Conservation Trust (GWCT) was told.

Nearly 200 policymakers, farmers, conservationists and scientists joined forces at a research conference, organised by the GWCT, held at held at the Royal Geographical Society in London.

The event was triggered by the State of Nature report , compiled by 25 wildlife organisations, which showed that 60% of the animal and plant species studied had suffered declines over the past 50 years and that attempts to target recovery have failed.

Official figures show that the overall number of farmland birds is continuing to decline in the UK . However, some species including jackdaws and woodpigeons are increasing in numbers.

A packed programme delivered by GWCT scientists, with a keynote address by DEFRA junior minister and Newbury MP Richard Benyon, covered a range of topics on wildlife management and outlined how it might be possible to have more lapwings, healthier soil and cleaner rivers, more beneficial insects and a better outcome for many declining farmland bird species.

Mr Benyon told the audience: “Simply aiming to halt biodiversity loss is a mistake. We should be saying reverse these appalling declines.

“Government is only part of the solution; what we need to do is to harness more ‘enlightened self-interest’.

“For example, shooting delivers monumental benefits to biodiversity. I am a wild grey partridge nut, and because of this targeted wildlife management for partridges I have a huge range of other farmland birds on my land.

“It’s all about incentivising and enthusing people to achieve extraordinary things and I am delighted that this is now happening in spades in many areas of the country.”

Key messages from the conference demonstrated that targeting wildlife recovery more accurately, together with better advice and getting farmers to work together on a landscape scale, were all crucial aspects that would help to spark wildlife recovery.

In recent months, the GWCT, with government funding, has been piloting a group of five farmer “clusters” in different areas of the country.

Using a “bottom-up” approach, the clusters, under the guidance of a lead farmer, are trying to help wildlife on a landscape-scale rather than single farms working alone.

He said: “This could be a very exciting and innovative way to establish real change on the ground at a local-landscape scale and the motivation of the farmers to keep up with their neighbours is very palpable.”

GWCT entomologist Dr John Holland explained how the accurate targeting of wildlife management could really boost species such as yellowhammers.

Improving the hedge base, for example, by growing broadleaf plant species to provide insect food, locating foraging sites near nesting sites and providing song-posts were very practical techniques that will help to build bird numbers.

Dr Andrew Hoodless, explained how the dramatic decline of the lapwing on farms in the Avon Valley because of nest predation by foxes and crows has triggered a new project.

All the farmers in the valley have decided to work together, advised by the GWCT to try and save the lapwing and reverse the decline. The EU Life Fund has offered to match fund some of the project costs.

Motivation was also an important factor. As Chris Musgrave from the Marlborough Downs Nature Improvement Area explained, “Creating ‘lapwing envy’ in your neighbour is a good way to get that neighbour to do more.”

Summing up at the end of the conference, Teresa Dent, GWCT chief executive, said, “It is clear from today’s presentations that agri-environment funding will diminish – there will be less ability to incentivise farmers.

“So if we are going to achieve wildlife recovery we need focus on motive. Embracing what motivates farmers will be vital – whether it is ‘lapwing envy’ or a love of fishing or shooting.

“It is a tough challenge, but we know what we need to do, and as the Lawson report said, ‘We need to do it bigger, better, and more joined up’ in order to trigger a wildlife revival.”