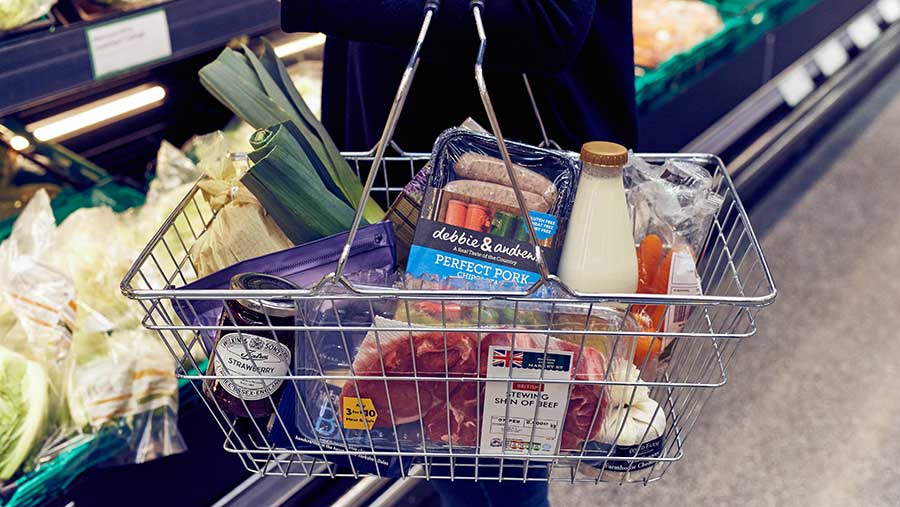 Efforts by retailers and food processors to reduce the UK’s annual £20bn food waste bill may open up opportunities for farmers to supply more out-of-spec fruit and vegetables.

A collection of 89 businesses and organisations has signed up to a new Food Waste Reduction Roadmap developed by the grocery research body IDG and Wrap (formerly the Waste and Resources Action Programme).

The roadmap aims to take a “farm-to-fork” approach, with the goal of halving the amount of waste that is generated along the supply chain by 2030.

The NFU, which has signed up to the roadmap, said it was incredibly positive to see the whole industry throwing its weight behind the initiative.

The union believes that any reduction in waste is a positive move and has the potential to achieve supply chain costs savings.

“The NFU is committed to sustainability and transparency, and will continue to engage with the industry to address the food waste challenge,” said NFU president Minette Batters.

“We are already seeing a lot of innovative work from retailers to use as much produce as possible – for example, ‘wonky veg’ ranges in supermarkets, which have proved popular with shoppers.”

Anna Simpson, NFU environment policy adviser, said that as a starting point businesses were being asked to monitor the the amount of waste they produce, so they can then develop appropriate targets to reduce it.

She expected that initially attention would be focused on reducing post-farm food waste, but it was possible that in time retailers may be open to selling more out-of-spec fruit and vegetables.

Over the past two years, most of the major supermarkets have introduced some sort of misshapen produce range, which give shoppers the choice of buying wonky veg for less money than they would normally have to pay.

Lidl announced in August that it was taking this a step further by trialling the sale of “Too Good to Waste” boxes, which are a mix of fruit and vegetables that are slightly damaged or past their “perfect best” but are still good to eat.