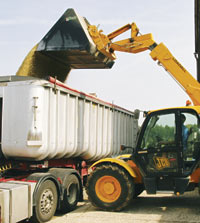 The government has accepted the findings of a food security report by the Environment, Food and Rural Affairs Committee.

Notwithstanding varying assumptions about population growth and patterns of consumption in the future, the government said: “It is clear that there will be a significant increase in global food demand over the next 50 years.”

But simply increasing food production will not end hunger, the government warned.

“Even when food was at its cheapest in 2000, there were still 800 million people without enough food to eat.

“There is also a significant potential contribution of reducing losses [and] waste in meeting increased demand.”

The EFRA committee’s report, Securing Food Supplies Up To 2050: The Challenges Faced By The UK, was published on 21 July.

The government’s response was published as a special report on 19 October.

The government said it would also publish a future food strategy in early 2010.

It would draw on responses to consultation on ways of measuring success in creating a sustainable food system.

The strategy will also be underpinned by a new cross-government food research and innovation strategy due to be published later in the year.

Progress in strengthening the country’s food security would be monitored through DEFRA’s own performance management system, the government said.

“The main challenge will be to meet increasing and changing demand – a global need – while ensuring the sustainability of our food system so that it continues to be secure in the medium and long-term.

“We need to find ways to reduce environmental impacts of food production, including climate change, water and biodiversity impacts.

“Globally, a changing climate will pose considerable challenges to agriculture, including falling crop yields in many areas, particularly developing regions, and significant decreases in water availability.”