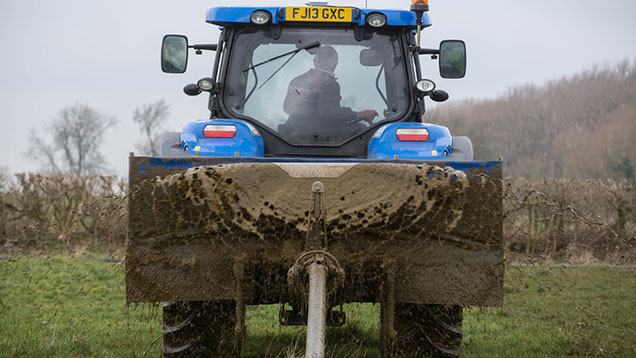 More than 2,200 Scottish farms are to be freed from nitrate vulnerable zone (NVZ) restrictions from 2 February 2015.

The Scottish government has announced that the boundaries of Scotland’s four existing NVZs – Moray/Aberdeenshire/Banff and Buchan, Strathmore/Fife, Lothian and Borders, and Lower Nithsdale – will be changed to fully or partially remove the farms from NVZ designated areas.

The change reduces Scotland’s NVZ areas by 24% and follows a public consultation on the use of a new methodology.

However, the different methodology will also result in the introduction of two new NVZs, where nitrate levels are failing to meet EU standards.

They are Pilanton in south-west Scotland and Finavon in Angus. These new designations, affecting about 130 farms, will come into effect in early 2016.

Announcing the decision, Scotland’s rural affairs secretary, Richard Lochhead said officials would shortly be writing to the affected businesses informing them of the changes and any action they need to take. Farms coming into NVZs for the first time will be offered support and training.

Mr Lochhead added: “Although water quality is improving across Scotland we cannot afford to rest on our laurels. Every farmer must continue to do their best to minimise nitrate and diffuse pollution as we implement these new NVZ regulations in tandem with Scotland’s greenest ever Common Agricultural Policy.”

NFU Scotland’s policy director, Jonnie Hall welcomed the 24% reduction as an “excellent result” after several years of behind the scenes lobbying by NFU Scotland and other stakeholders.

“Given the strides farmers in these areas have taken in recent times to address nitrate levels – including significant investment in slurry storage and fencing off watercourses – the union is disappointed that its request for self-regulation rather than designation to apply was not adopted.”

Mr Hall added: “We fully accept that all of Scottish agriculture has to continue to ensure that diffuse pollution is tackled as far as is possible. Those who are being removed from the NVZ are not being given a one-way ticket out – if groundwater nitrate levels increase they could potentially be redesignated in future reviews so the good work must continue.”