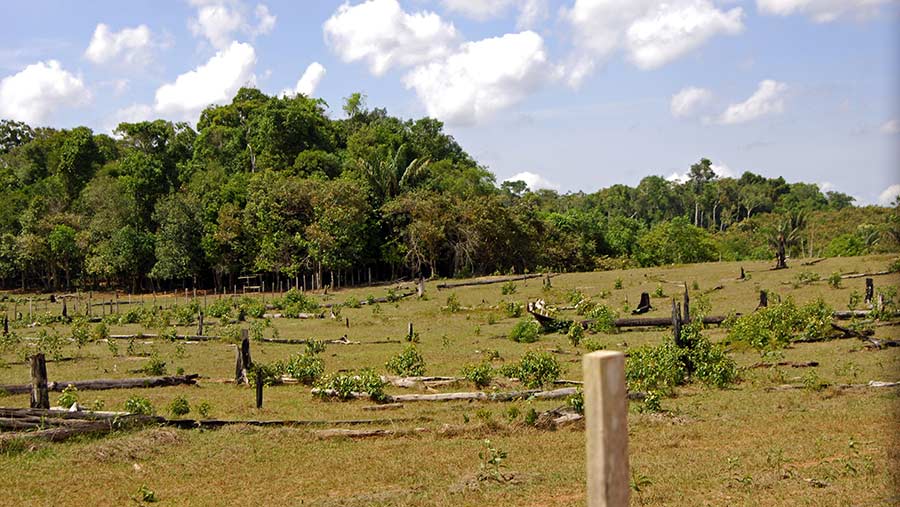 Former cabinet minister Chris Grayling is urging the government to introduce an environmental food label for all food products in the UK to recognise sustainable farming practices.

Mr Grayling, the Conservative MP for Epsom and Ewell, says a kite mark for food from UK-based sustainable farmers would allow livestock farmers to demonstrate that they are not using feed from agricultural land obtained by destroying rainforests.

In February, the former transport secretary tabled amendment NC19 to the Environment Bill – a “labelling scheme for the environmental sustainability of food”.

The kite marking scheme would require food manufacturers to “label foods offered for sale in the UK to indicate the environmental sustainability of their origins”.

Would you support an environmental food label?
Created with QuizMaker

Under the proposed scheme, food companies would be obliged to assess the manufacturing process involved in the production of a food in relation to protection of habitats of endangered species, deforestation, biodiversity loss and significant increases in net carbon emissions.

The scheme would also include scope for enforcement for non-compliance.

Speaking at prime minister’s questions (PMQs) on Wednesday (10 March), Mr Grayling said: “We have got to reverse the tide of deforestation.”

He asked prime minister Boris Johnson if he would ask Defra ministers to look seriously at the proposals.

Mr Johnson said it was a “very interesting suggestion” but insisted that the UK government was already “leading the world in tackling deforestation” with a £3bn investment across government departments.

In November, Mr Grayling said the UK and the world faced a biodiversity crisis. He cited the World Wildlife Fund’s Living Planet report which shows a massive decline in wildlife populations – down by about 68% since 1970.

In the UK, Mr Grayling said many much-loved species, including the hedgehog, faced a “catastrophic decline” in numbers.

“We cannot change the world by ourselves, but we can set an example to everyone in seeking to do so, and when it comes to biodiversity, we must start now and act urgently,” he said.

The NFU is working towards a 2040 target for UK farmers to reach net zero carbon emissions – 10 years ahead of the UK government’s goal.

This week, supermarket chain Morrisons pledged to be completely supplied by net zero British farms by 2030.