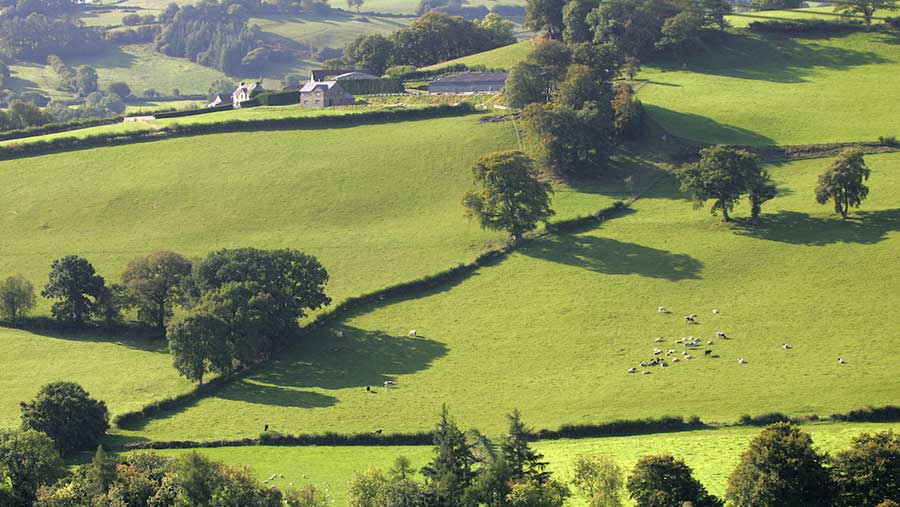 Wildlife campaigners have been accused of making misleading and “insulting” claims about farming practices in Wales to influence the Welsh government’s proposed reforms of agricultural support.

The RSPB and the WWF are among the bodies singled out by NFU Cymru over statements published on their websites and social media channels.

Among the comments that have particularly angered the union is the WWF’s claim that “Wales is one of the most nature-depleted countries in the world”.

See also: Deadline looms to have a say on future of Welsh farming

The RSPB’s suggestion that “We have a short timeframe to change the way we manage our land, otherwise the nature we rely on will crash” has also come in for sharp criticism.

NFU Cymru president John Davies said the organisations were encouraging their supporters to respond to the consultation on post-Brexit farm policy, using negative statements that “do not accurately reflect Welsh farming’s contribution to the Welsh environment”.

“The picture being painted of the Welsh countryside, of a ‘devastating decline in wildlife’ and nature ‘crashing’, is not one that Welsh farmers will recognise. Frankly, it is an insult,” he insisted.

But the WWF stood by its statements. Anne Meikle, head of WWF Cymru, maintained that evidence on the decline of nature was “irrefutable”, and that it was “beyond question” that farming practices had been a major contributing factor.

She referenced the State of Nature 2016 Wales report, which stated that a new measure for assessing how intact a country’s biodiversity was had put Wales in the lowest fifth of all the countries analysed.

“We want the new scheme to enable the Welsh countryside to be as healthy as it is beautiful,” said Ms Meikle.

“This can be done by delivering a public goods scheme which empowers farmers to do more for nature, and which rewards them fairly for doing so.”

The RSPB said it did not blame farmers for wildlife declines.

RSPB Cymru land use manager Arfon Williams said the aim was to change policies that had led to declines, and for farmers and environment bodies to work together to create a future where land provides food, water and wildlife for current and future generations.

“Far from driving a wedge between farming and the environment, the aim of our campaign is to get the public to sign up to a policy that builds this future, for everyone,” he said.

But Mr Davies insisted Welsh farmers took their environmental responsibilities “extremely seriously” and had pride in being the custodians of Wales’ landscapes and habitats, as well as food producers.

He urged farmers to make their voices heard.

“I cannot stress enough the importance of Wales’ farmers responding to the Welsh government’s Brexit and Our Land consultation and ensuring that a true depiction of Welsh farming’s contribution to Wales’ environmental, economic, social and cultural wellbeing, as well as food production, is provided in this consultation, rather than the fake dystopia these environmental lobby groups would have you believe.”

The consultation closes on 30 October. Farmers can respond via the NFU Cymru website