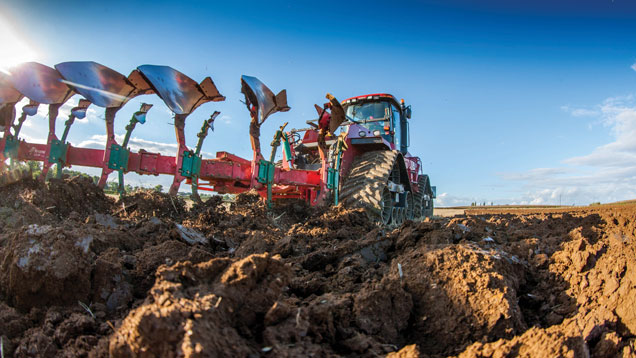 Farm leaders say there will be winners and losers in the revamp of English agri-environment schemes.

The £900m scheme will open for applications next July – and agreements and payments will begin in 2016.

Countryside Stewardship will replace the “shallow and broad” approach of ELS, which included options suited to all farm types, with a much more targeted approach.

Defra is adopting a “quality rather than quantity” approach to stewardship in a bid to deliver better results than current agri-environment schemes and improve biodiversity.

Main priorities will include encouraging farmers to maintain and enhance wildlife and plantlife, water quality and flood management, soils and address challenges such as climate change adaptation and mitigation.

The scheme will have three main elements:

· A range of capital grants worth up to £5,000 per farm for farmers not in Higher or Mid Tier agreement (includes hedgerows and restoration of stone walls )

Most Countryside Stewardship agreements will last five years but longer agreements may be available. Applications will be scored to check whether an agreement can be offered, but entry into the schemes is likely to be much harder.

Producers who choose to implement measures that benefit pollinators, farmland birds and other farm wildlife will score more highly in their application than others.

According to Defra, Countryside Stewardship will cover 35-40% of farmland by 2020 – down from 70% covered currently in agri-environment schemes.

Many thousands of ELS/HLS agreements are due to expire over the next few years. And the NFU is urging Defra to ensure that farmers who come out of agri-environment agreements do not fall out actively managing the environment.

Claire Robinson, NFU countryside adviser, said: “We do have concerns that there will be farmers who have done ELS for a long time who won’t be able to get in the new scheme.

“Therefore, it’s really important for farmers coming out of ELS/HLS agreements that there’s something there to enable them to carry on the good work.

“The Capital Grants are part of that. We are keen to make sure there is enough budget from Defra to fund good applications into that stream of activity.”

Many farmers planning to plant hedgerows over the next couple of years had expressed an interest in obtaining the grants, she added.

However, with the launch of any new scheme some farmers and land managers will inevitably lose out.

NFU deputy president Minette Batters said it was an “absolute disgrace” that there was nothing in the new scheme for lowland livestock producers.

“Beef and sheep are fundamental to the biodiversity of this country, yet we don’t have a scheme to support them,” she said. “A third of our landmass cannot be cropped and must be grazed – yet there is now no option for low input grassland.”

The loss of match funding was also a tragedy, she added. “Positive environmental schemes can really help. ELS and HLS were straightforward but now a lot of land is being penalised by its location, as the higher tiers of the scheme are targeted at SSSIs and ESAs.

“There is no vision for what Natural England wants. They are changing the structure of the uplands, fencing and planting woodlands, and removing hefted herds.”

But organic farmers look set to benefit most. Under Countryside Stewardship, Defra said organic maintenance payment rates would more than treble in some cases.