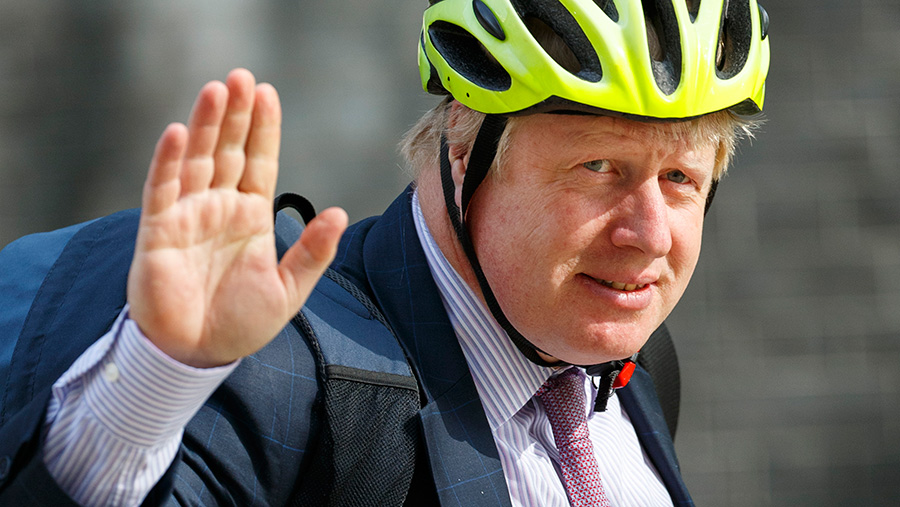 Boris Johnson has refused to guarantee farmers would receive the same level of subsidies if the UK leaves the EU.

In an interview broadcast on BBC One’s Countryfile on Sunday (29 May), Mr Johnson was asked to confirm if British farmers would receive the same amount in subsides outside the EU.

While the senior Tory acknowledged some of the money currently going to Brussels would have to be spent on farmers in a post-Brexit scenario, he refused to confirm that British farmers would be subsidised to the same level, or greater, outside the EU.

“This is typical bluff and bluster from Boris, who has failed to answer key questions that are vital to the British farming industry” Peter Kendall, former NFU president

See also: Boris Johnson calls for CAP to be scrapped

“I can make that guarantee, but people will say, well, I’m just a backbench Tory MP,” said Mr Johnson, who heads the Vote Leave campaign.

“All I can say is, I think any government would be mad not to make such a guarantee.

“It’s an economic no-brainer. It’s much more important to get a guarantee and get commitments from UK government, that you can hold to account, that you can kick out of office and you can elect.”

In tens of thousands of leaflets sent to UK householders this week, the Vote Leave campaign claimed that £350m currently going to Brussels each week could be spent “on our priorities like the NHS, schools and housing”.

Mr Johnson also claimed the UK could leave the single market, which offers farmers access to sell their goods to 500 million EU citizens, and still have access to it in the event of a Brexit.

He also said outside the EU and without free movement, the UK government would decide how many immigrants would be allowed in to work on our farms.

See also: Why a Brexit would not end farming red tape

“If the rural industry was saying, ‘Look, come on, we’re desperate, we can’t get the crops out of the field’, then of course that’s an argument that people will listen to.”

Boris claims we can leave single market and keep access to it. Complete nonsense, leaving EU would be disastrous for UK farming #countryfile

Former NFU president Peter Kendall, a leading figure in the farming campaign of the Britain Stronger in Europe group, said: “This is typical bluff and bluster from Boris, who has failed to answer key questions that are vital to the British farming industry.

“He was unable to guarantee that farmers would receive the same support as their key competitors in the European Union.

“And he could not explain how farmers could sell tariff-free into the EU if we left the single market.

“It’s clear that British farming is stronger, safer and better off in Europe.”

In April, David Cameron said in the event of a Brexit, as long he was still prime minister, he would ensure that an agricultural support system would be “properly maintained”.

But Mr Cameron warned that leaving the EU would be a “leap in the dark”.